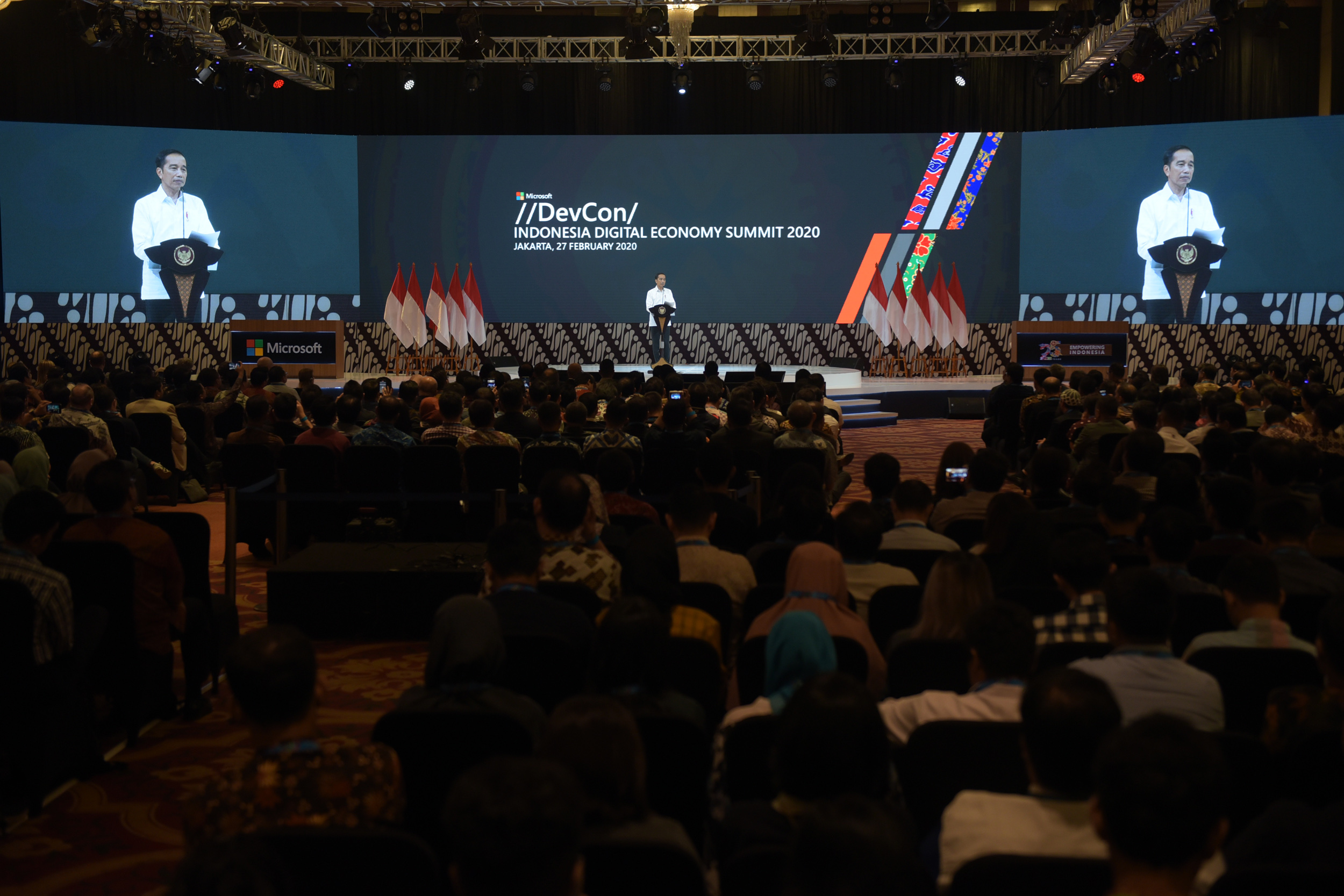 President Jokowi stands before the audience as a keynote speaker at the Indonesia Digital Economy Summit 2020, at Ritz Carlton Pacific Place, Jakarta, Thursday (27/2).(Photo by: PR/Rahmat)

“We have felt the benefits of this digital economy, not only from the conventional digital marketplace platforms. Who would have thought that our people would be able to see opportunities in various digital media and communication platforms,” President Jokowi stated at the Indonesia Digital Economy Summit 2020, at Ritz Carlton Pacific Place, Jakarta, Thursday (27/2).

“I learn that some people sell clothes, food, height growth supplement and lately I have seen many who sell skin whitening creams. I sometimes wonder but this is creativity,” the President said.

“This is splendid creativity. Maybe there are not many people from other countries who sell their products in digital markets like us in Indonesia in a small scope, maybe also in a small capacity. But many do,” he stated.

Indonesia, the President added, currently has the largest digital economic value in the ASEAN region and has also the faster growth in the region.

“Indonesia is also noted to have the most active startup ecosystem in Southeast Asia and is ranked fifth worldwide behind the United States, India, England, and Canada. We have 2,193 startups with one decacorn and 4 unicorns. One of the founders is now my Minister,” the President explained.

According to President Jokowi, Indonesia has a big potential in the digital market due to its 267 million population.

For this reason, the President stated that Indonesia must make use of this potential.

“Mr. Satya Nadella (CEO of Microsoft) also said that he wants to encourage Indonesia’s business world to work more efficiently, faster, and more effectively. This is what we want,” he said.

This number, the President continued, is predicted to continue to increase in line with the completion of the construction of telecommunications infrastructure, namely the Palapa Ring which is connected to more than 500 regencies and municipalities.

“High-speed broadband internet network, this is what we will continue to work on,” he stated. (FID/EN)