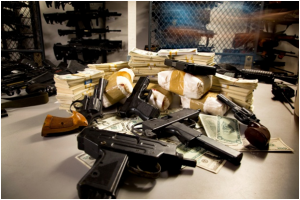 Plenary meeting of the International Cooperation Review Group (ICRG) Financial Action Task Force (FATF), at the Brisbane, Australia, June 21 to 26, Indonesia as a whole has been remove from the list of the countries that have strategic weaknesses in the regime of anti-money laundering and combating the financing of terrorism”.

In the FATF meeting, the Indonesian delegation led by Director General for Multilateral Ministry of Foreign Affairs, Hasan Kleib has been conveyed to the FATF member countries of the various efforts made by Indonesia in strengthening the regime of combating the financing of terrorism.

The strengthening of Indonesia national legislation, Hasan said, conducted through ratification of Law Number 9 Year 2013 on the Prevention and Combating the Financing of Terrorism Crime and through making Joint Regulations between the Ministry of Foreign Affairs, National Police, PPATK, BNPT, and the Supreme Court which was enacted on February 11 2015, and has been placed in the Official Gazette of the Republic of Indonesia Year 2015 No. 231.

According to Hasan, the efforts made by Indonesia, besides the national interest is also a form of Indonesia’s contribution to world peace and security by cutting the source of funding for terrorist activities.

Earlier, at the FATF plenary meeting in February 2015, Indonesia has been successfully removed from the public statement / black list (PS) FATF, to the gray list area. Indonesia included in PS FATF since February 2012 as it is considered to have strategic weaknesses in the financing of terrorism regime.

PS FATF is an open source which serves to provide a warning to financial institutions from all over the country to be able to transact with more caution in conducting financial transactions with countries included in the PS.

With the release of Indonesia from the list and overall ICRG FATF review process, according to the Ministry of Foreign Affairs Director General for Multilateral Hasan Kleib, it is expected to further accelerate a variety of banking transactions / finance from and to Indonesia.