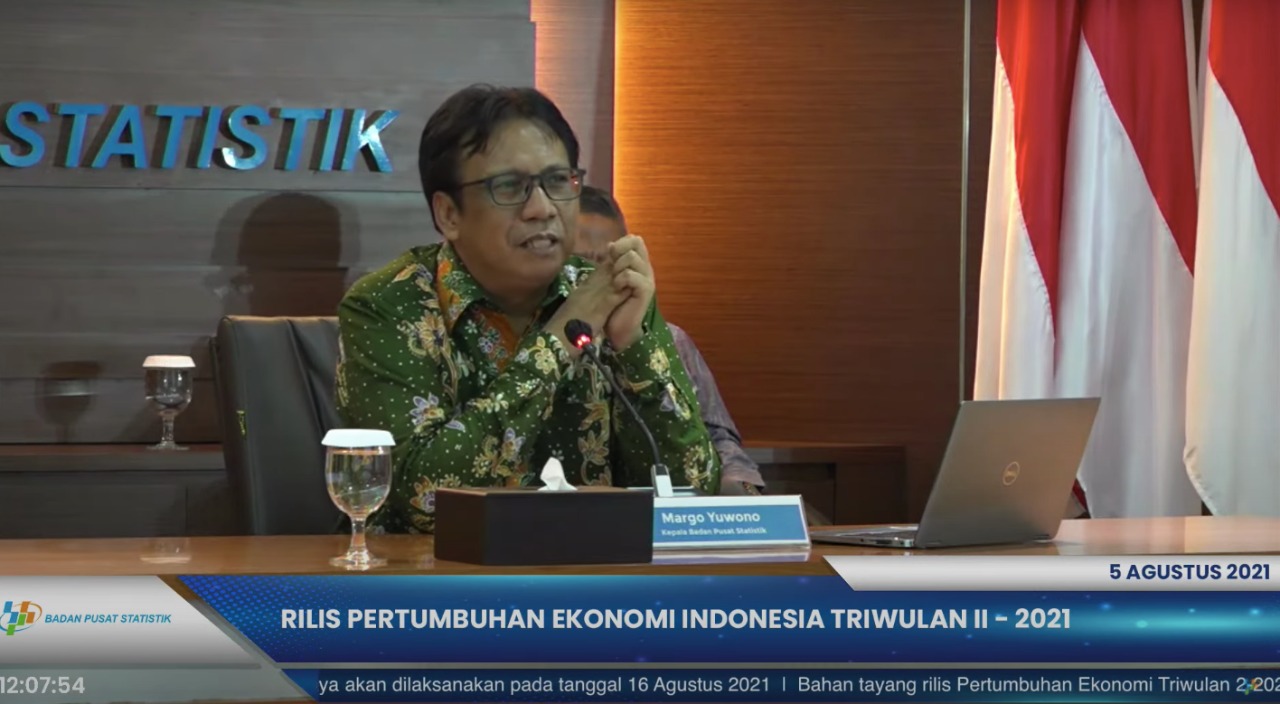 Head of the BPS Margo Yuwono

Indonesia has recorded 7.07 percent economic growth (year-on-year) in the second quarter of 2021, the Statistics Indonesia (BPS) has announced.

On the production side, he added, the growth is generated in all business sectors, including transportation and warehousing (25.10 percent), accommodation, food and beverages (21.58 percent), and processing industry (6.58 percent)

He added that on the expenditure side the component of exports of goods and services recorded the highest growth of 31.78 percent, while household consumption recorded 5.93 percent growth.

He went on to say that the Government consumption, which is also the driver of economic growth, grew by 8.06 percent.

Indonesia’s export performance increased by 55.89 percent year-on-year. while also growing by 10.36 percent compared to the first quarter of 2021.

“The increase in exports will have a double effect on the supporting sectors, which will also grow. So the role of exports is pivotal in stimulating Indonesia’s economic growth,” Margo said.

“The data shows that our economy in the second quarter has recorded growth, both in terms of exports and the value of imports,” Margo remarked. (UN) (RI/EP)