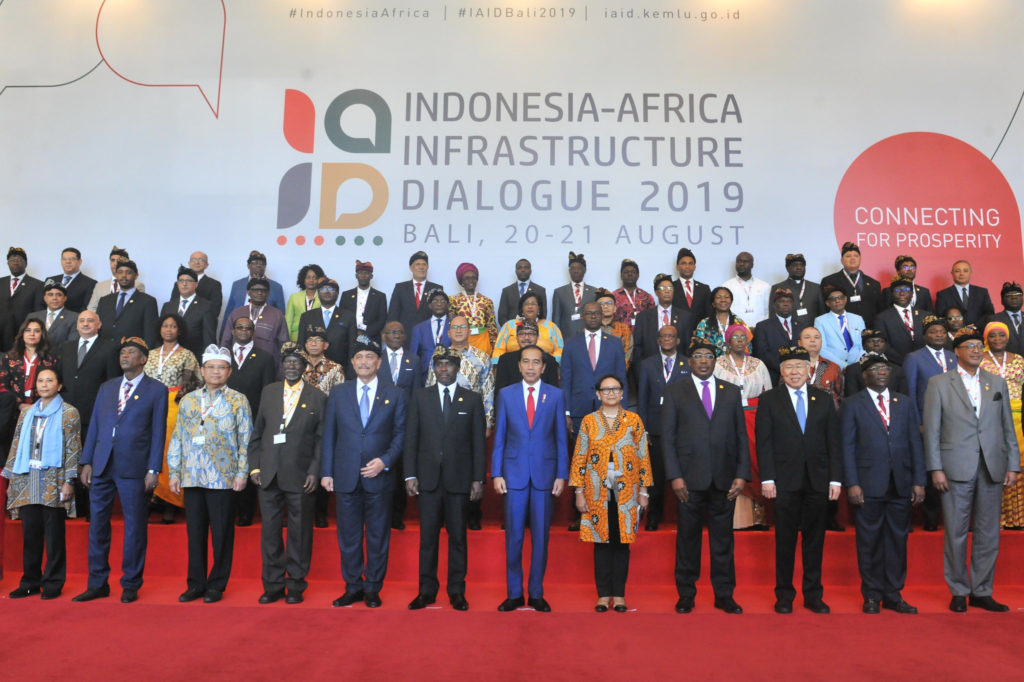 “(Therefore), Indonesia is ready to share our experiences and to work together with African countries in infrastructure development,” the President said in his keynote speech in the 2019 Indonesia-Africa Infrastructure Dialogue at the Bali Nusa Dua Convention Center, Bali, Tuesday (20/8).

Infrastructure development as well as increasing connectivity and trade flows also aim to realize a prosperous, united and prosperous Indonesian and African societies and improve economy and welfare of the people in the two regions, the President added.

Indonesia’s state-owned enterprises (SOEs) and private companies, the President added, have a wealth of experiences in building modern urban infrastructure in tough geographical challenges, extreme climatic conditions, and in locations with a variety of cultural customs and local traditions.

“As brothers in arms, we open our hands to work together to share (our experiences) and assist infrastructure development for the welfare of the entire African nations,” said the President. President Jokowi visits one of the booths at the 2019 Indonesia-Africa Infrastructure Dialogue, at the Bali Nusa Dua Convention Center, Bali, Tuesday (20/8). (Photo by: Jay/PR)

“We are concerned to witness rampant interstate conflicts plaguing the world, widening development gap amongst countries and slowing down progress in achieving sustainable development goals,” said the President.

According to President Jokowi, this condition has to stop and should not become a new norm as well. “Indonesia and African countries must foster solidarity to help improve situation in the region and the world. We must work hard to turn uncertainty into certainty,” the President said.

President Jokowi also stressed that trade war must be fought by promoting openness and economic integration, adding that narrow-minded nationalism must be confronted with global solidarity and multilateralism.

“We need to continue to encourage mutually beneficial and equal partnership, South-south partnership. Unity is the key to withstand current global turmoil,” the President said, adding that Indonesia and Africa are a great force which can make a leap in development.

The President also reiterated that Indonesia is a trusted friend and true partner of Africa and the time has come for Indonesia and Africa to translate the shared visions into concrete actions. (AIT/JAY/ES)