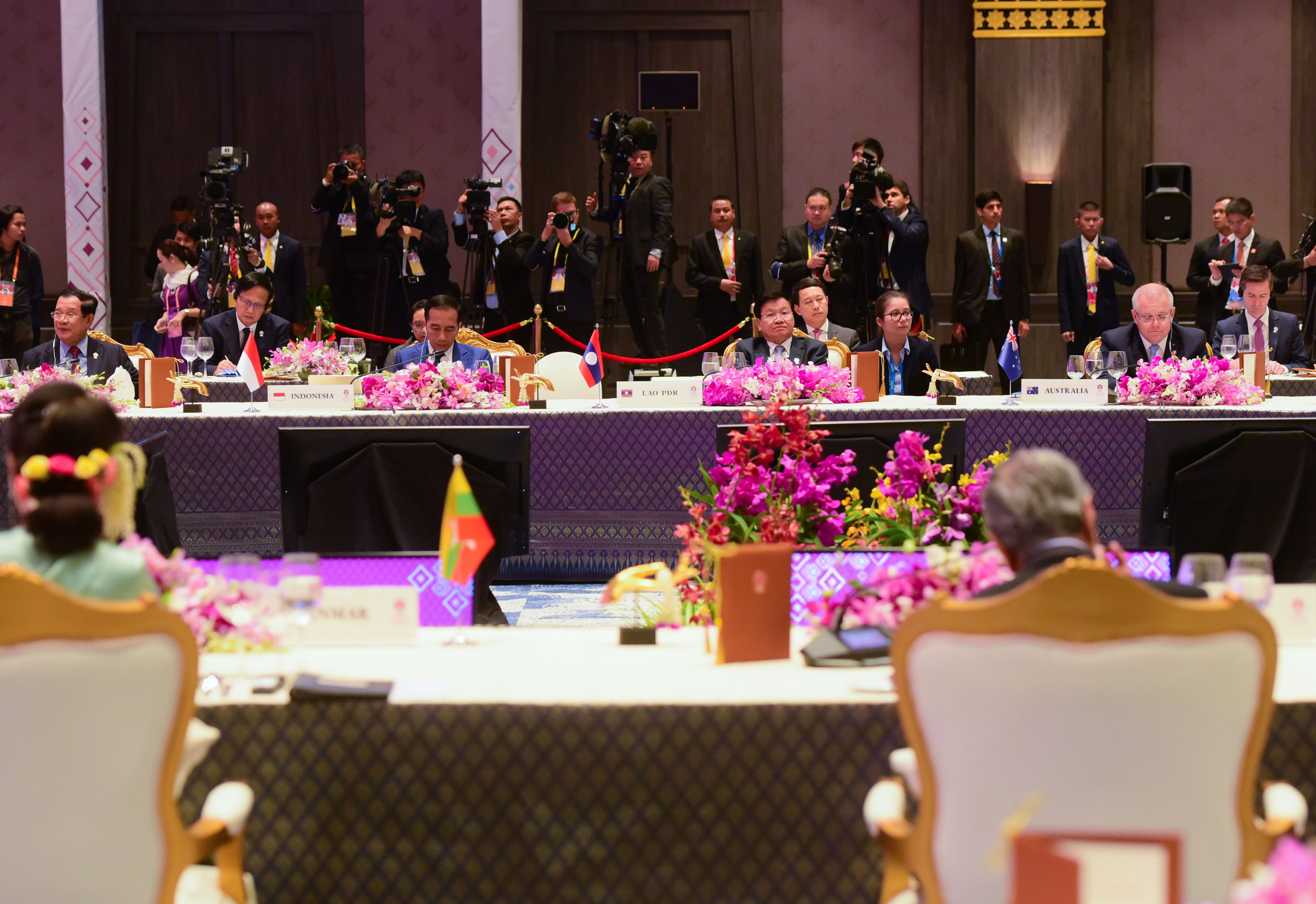 President Jokowi on the Lunch On Sustainable Development, in Bangkok, Thailand, Monday (4/11). (Photo by: Rahmat/PR).

“Indonesia is ready to contribute in accordance with the mandate of the Constitution,” President Jokowi said during the Lunch on Sustainable Development session in Bangkok, Thailand, Monday (4/11).

On the occasion, President Jokowi, the Minister added also called on ASEAN countries to accelerate SDGs achievements such as on health, the environment, and gender equality.

Therefore, global partnerships must be strengthened because the SDGs achievement is one of the priority sectors of the ASEAN Outlook on the Indo-Pacific, she added. “Because we only have 11 years left (to achieve them),” Retno told the press. (SLN/RAH/ES)