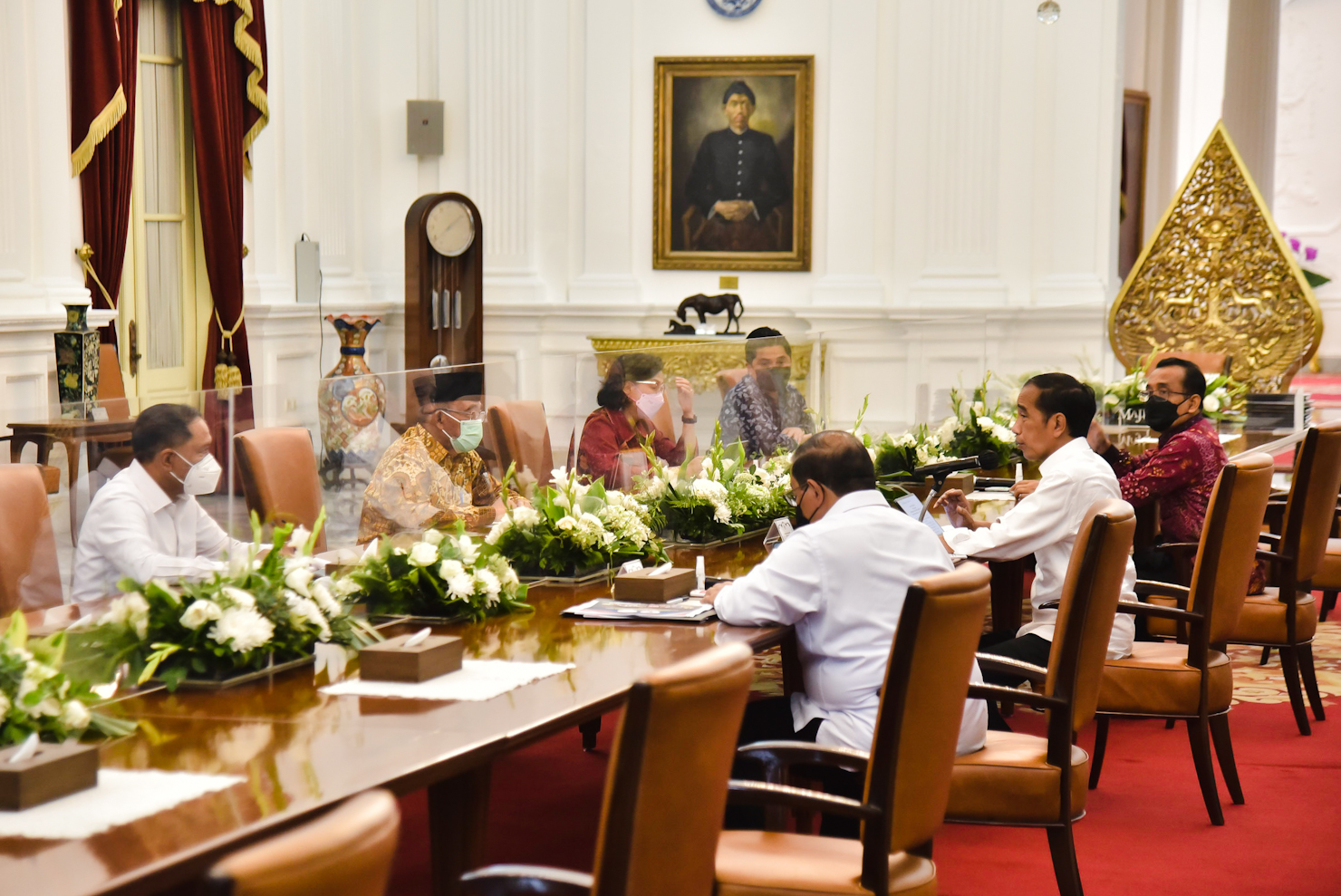 President Jokowi leads a limited meeting on Preparation for the 2022 ASEAN Para Games, Tuesday (03/22) (Photo by: PR of Cabinet Secretariat/Agung)

At the meeting, the Government expressed its readiness to host the 2022 ASEAN Para Games, according to Minister of Youth and Sports Zainudin Amali accompanied by Chairperson of the National Paralympic Committee (NPC) Senny Marbun in his statement after attending the limited meeting at the Merdeka Palace in Jakarta.

The Minister further said that the 2022 ASEAN Para Games is slated to be held at the end of July 2022 in several cities in Central Java province considering this province has Training Center for Paralympic Athletes, Orthopedic Hospital of Prof. Dr. R. Soeharso, and Sebelas Maret University (UNS) that supports sports science.

Despite short preparation time, the Government has ensured that Indonesia is ready to organize the event because the country had experience in hosting the 2011 ASEAN Para Games.

On that occasion, Chairperson of the NPC Senny Marbun also expressed belief that Indonesia will be able to reach the target to become the general champion of the 2022 ASEAN Para Games. (FID/MAY/UN) (AP/MMB)