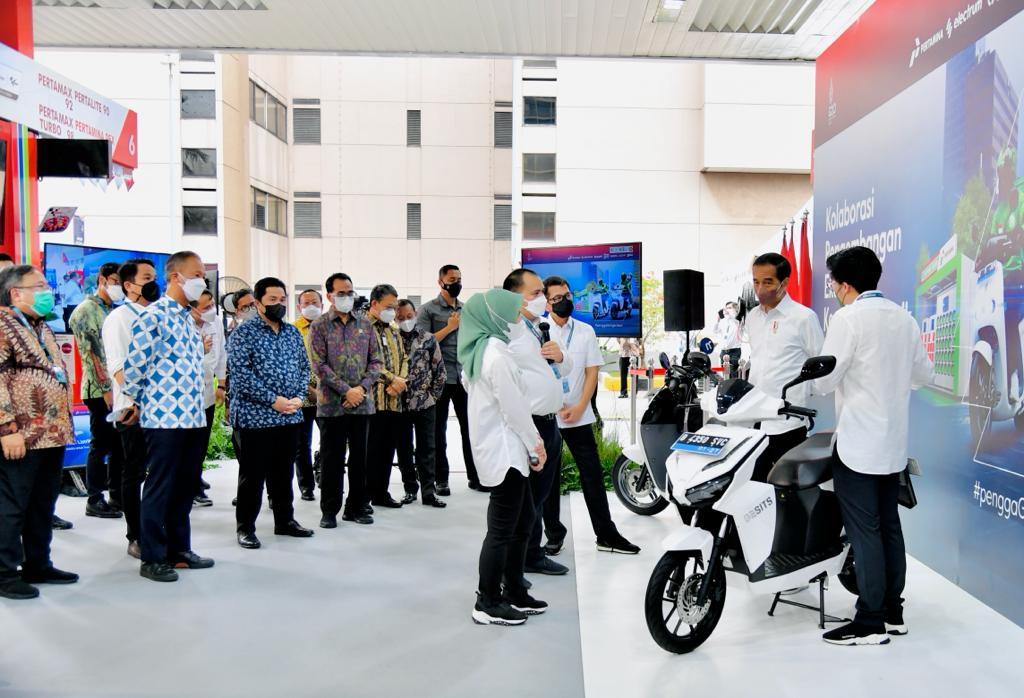 Minister of Industry Agus Gumiwang Kartasasmita has applauded synergy between state-owned enterprises (SOEs) and private sector in speeding up development for an integrated electric vehicle (EV) ecosystem in Indonesia.

“Indonesia is ready to usher in the age of EV as mandated by President [Joko Widodo] in Presidential Regulation Number 55 of 2019 on Acceleration Program for Battery-powered Electric Vehicle for Road Transportation,” Agus said in Jakarta, Wednesday (02/22).

The Minister also expressed his full support to the development of EV ecosystem from upstream to downstream processes, while expressing hope that Indonesia will be a globally competent EV manufacturing country.

“The Government is eager to adopt new and renewable energy, as well as electric vehicle,” he said, adding that in its G20 presidency, Indonesia will put transition to renewable energy and acceleration of EV ecosystem development as one of the priority issues.

For the record, the Government in the national automotive industry roadmap has set a goal for EVs to make up 20 percent of vehicle by 2025 as the development of Internal Combustion Engine (ICE), Hybrid, and Plug-in Hybrid technologies continues to improve.

The Minister went on to say that hydrogen fuel cell vehicle is also included in the roadmap so that the country can manufacture domestic EV.

In the development of EV industry, he added, the Government has set the target for domestic automotive industry to produce 600,000 units electric cars and buses by 2030 that will significantly reduce the use of fossil fuel by 3 million barrels and CO2 emission by 1.4 million ton.

“These strategic measures are also expected to support the Indonesian Government’s commitment to reducing greenhouse gas emissions by 29 percent by 2030 and achieving net zero carbon in 2060,” he said.

For the record, Ministry of Industry has issued two regulations of Minister of Industry to follow-up mandates of Presidential Regulation Number 55 of 2019.

First, Regulation of Minister of Industry Number 27 of 2020 on Technical Specifications, EV Roadmap, and Calculation of Local Content which serves as a guidance for stakeholders in automotive industry on strategies, policies, and programs to support Indonesia in achieving the target of becoming a base for EV manufacturing and exports.