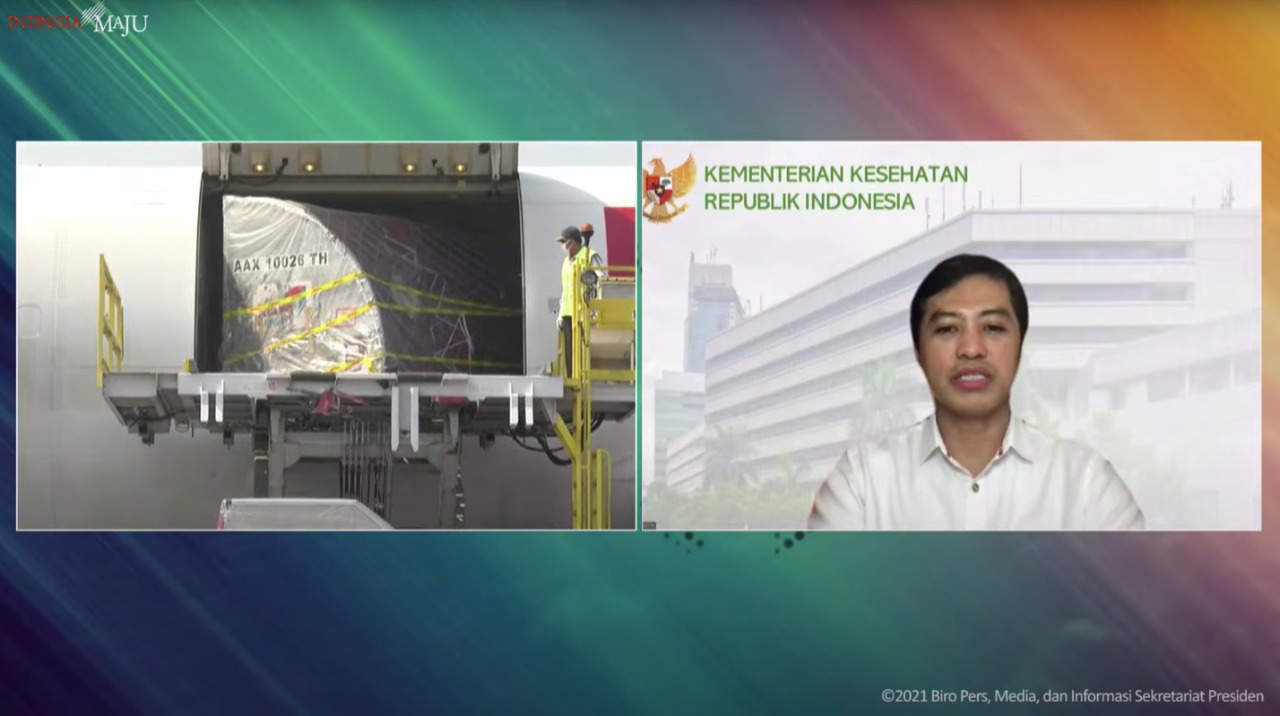 Vice Minister of Health Dante Saksono Harbuwono delivers a statement in a press conference on Thursday (09/02). Photo by: YouTube account of Presidential Secretariat.

Indonesia on Thursday (09/02) received another batch of COVID-19 Pfizer vaccine.

“The exact number is 1,195,340 doses of vaccine. I express my gratitude for the support and cooperation of all stakeholders who made the vaccine arrival possible,” Vice Minister of Health Dante Saksono Harbuwono said in a press conference welcoming the arrival of the vaccine.

With the arrival of the vaccine, Indonesia has secured 220 million doses of vaccine in the forms of ready to use vaccine and bulk vaccine.

The acceleration of the vaccination rate will be implemented with the support of all stakeholders.