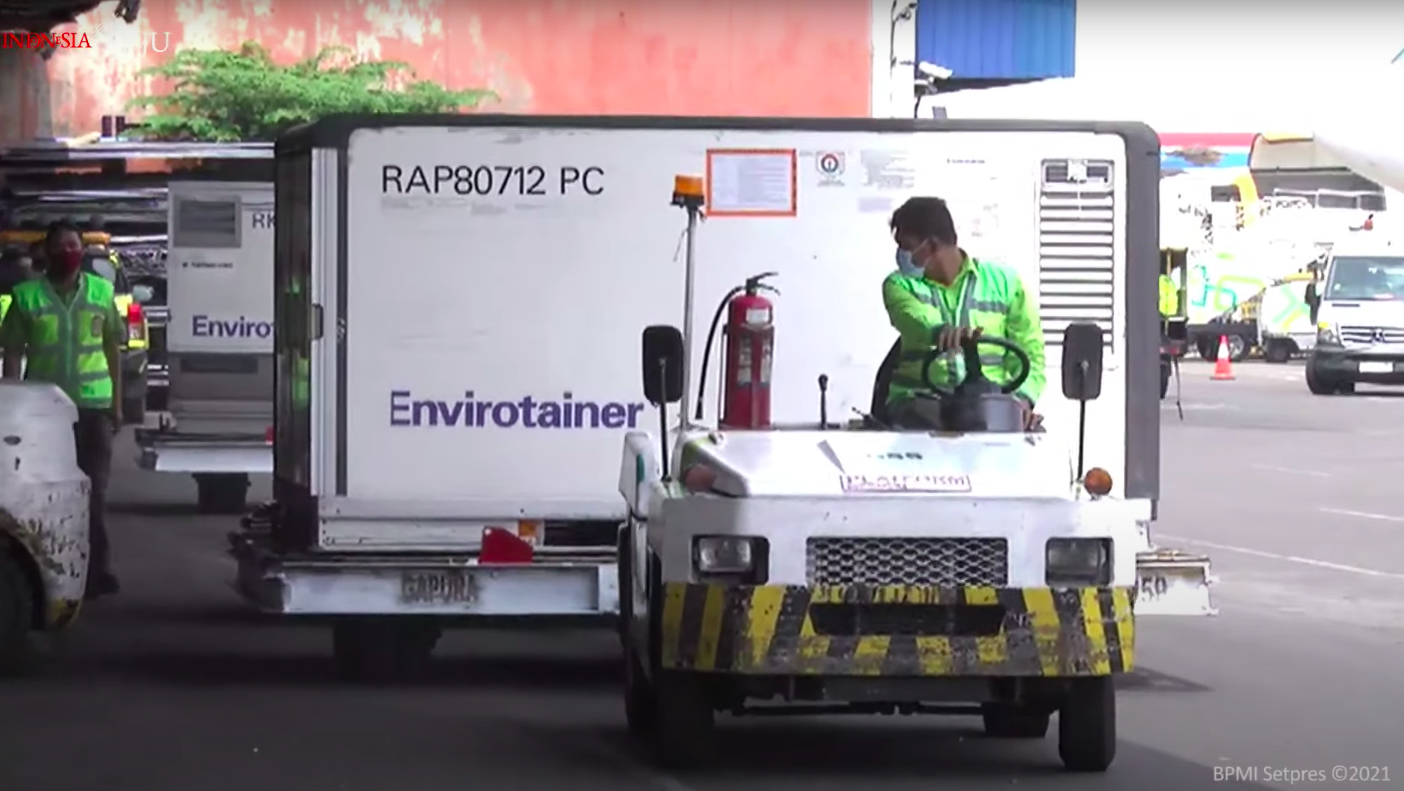 The Government has announced that it has received eight million doses of Sinovac’s COVID-19 vaccine bulk from China.

“Today we receive another vaccine bulk that will be used for the Indonesian people. To date, Indonesia has had a total of 75.9 million doses of vaccines,” said Minister of State-Owned Enterprises who is also the executive director of the COVID-19 Handling and National Economic Recovery Committee (KPCPEN) Erick Thohir when welcoming the arrival of the vaccines at Soekarno Hatta Airport, Monday (31/5).

For the record, it is the 14th stage of the vaccine bulk the Government has received, making the total supply of vaccines in the country reaching 75.9 million doses.

Erick went on to say that the current vaccine supply can be used to vaccinate approximately 37.5 million people from the target of 181.5 million people. To date, the vaccination coverage has almost reached 27 million doses, he added.

The Minister further said that although Indonesia is among countries with the highest vaccination achievements in Southeast Asia, the Government will continue to boost the vaccination coverage.

“However, if we compare (the vaccination coverage) to other countries, such as China and the United States, we are still down below. This is what the Government must continue to improve,” he said.

Erick emphasized that vaccination is an important effort to deal with COVID-19 and to rebuild the national economy.

“Vaccination helps us prevent transmission of [COVID-19], prevent death. And most importantly for the economy itself, we can release the economic burden. The Government has been consistent with the COVID-19 handling programs so that Indonesians can stay healthy and boost the economy to grow,” he said.

However, Erick reminded that vaccinations must still be followed by discipline in implementing health protocols.

“Vaccination is a game changer, but vaccination without health protocols is something that will not work,” he said.

Erick also expressed optimism that the Indonesia’s economy can recover with the acceleration of vaccination drive and discipline in implementing health protocols.

“Surely with the Government’s hard work sustained by the Indonesian people, we hope that Indonesia’s economy can grow again. We also ask for support from people to remain discipline in maintaining health protocols (wearing masks, maintaining distance, and washing hands),” he said.

In his press statement, Erick pointed out that the Government is currently working hard and cooperating with a number of parties in developing the domestically produced Red and White vaccine.

“The Government is now partnering with five universities and two research institutes,” he said, while adding that the Government also opens up for partnership with other parties to develop another vaccine.

“Soon the public can see the result of this hard work at the end of this year or by early next year for the Red and White vaccine or other vaccines in collaboration with other parties. I thank you for the extraordinary cooperation from Minister of Health and Minister of Finance who have been working together with Ministry of State-Owned Enterprises to ensure that vaccination drive can run well,” he said. (FID/UN) (EST/MUR)