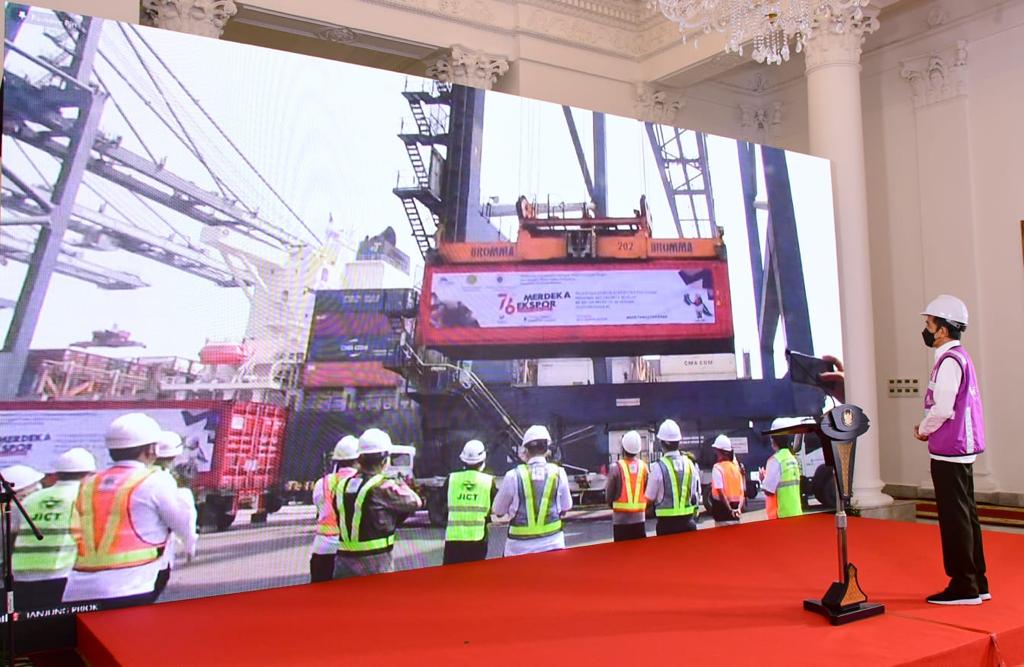 Based on data from the Central Statistics Agency, Wednesday (15/09), Indonesia’s trade value recorded a surplus of US$4.74 billion, continuing the surplus trend since May last year.

The impressive surplus performance was supported by an increase in Indonesia’s exports which accelerated in August 2021, reaching US$21.42 billion, a double digit increase of 20.95 percent (month-to-month/mtm) or 64.10 percent (year-on-year/yoy). The export value was also recorded as a new record high for Indonesian exports, breaking the all-time high of US$ 18.60 billion in August 2011.

“This achievement indicates that Indonesia’s economic recovery will continue in line with the recovery in global demand. We can see this from the continued increase in export volume and prices for Indonesia’s mainstay commodities, such as coal by 11.04 percent (mtm) and CPO by 6.85 percent (mtm),” Coordinating Minister for Economic Affairs Airlangga Hartarto said in a written statement, Thursday (16/09).

The increase in Indonesia’s exports also confirmed the improvement in the Purchasing Managers’ Index (PMI) in August 2021, which increased to 43.7 from the previous level of 40.1 in July 2021. Indonesia’s PMI level is also better than several countries in ASEAN, such as Myanmar (36.5), Vietnam (40.2), and Malaysia (43.4).

In line with the increase in exports, Indonesia’s imports in August 2021 reached US$16.68 billion, an increase of 10.35 percent (mtm) or 55.26 percent (yoy). Community mobility which started to increase along with the easing of restrictions on community activities is an indication of the cause of the increase.

Indonesia’s import structure in August 2021 was dominated by imports of raw/auxiliary materials which reached 74.20 percent of total imports, followed by capital goods (14.47 percent) and consumer goods (11.33 percent). This structure indicates a productive Indonesian economy through the creation of greater added value, both for domestic needs and for re-export.

“The positive performance of Indonesia’s exports cannot be separated from the role of various elements, including the contribution of small and medium industry players who were able to survive amid the COVID-19 pandemic,” he said.

This is evidenced by the increase in two export commodities based on the small and medium sector, namely timber and wood goods (HS 44) at 18.31 percent (yoy) and furniture (HS 94) at 30.12 percent (yoy) during January-July 2021. These two commodities are even included in the 20 main contributors to Indonesia’s exports throughout 2021.

In order to maintain the sustainability of the positive export performance of these two commodities, several key factors need to be continuously observed including: (i) Availability of adequate containers and stability of affordable freight costs, (ii) Ease of processing on the timber legality assurance system (SVLK), (iii) Maintaining price stability and availability of wood supply to industry, (iv) Smooth integrated immigration permits for inspectors of overseas buyers, (v) Improving quality of products and human resource expertise, (vi) Facilitating technology and infrastructure for production, (vii) Increasing market access through facilitation of exhibitions and promotions, and (viii) Ease of access to finance for expansion.