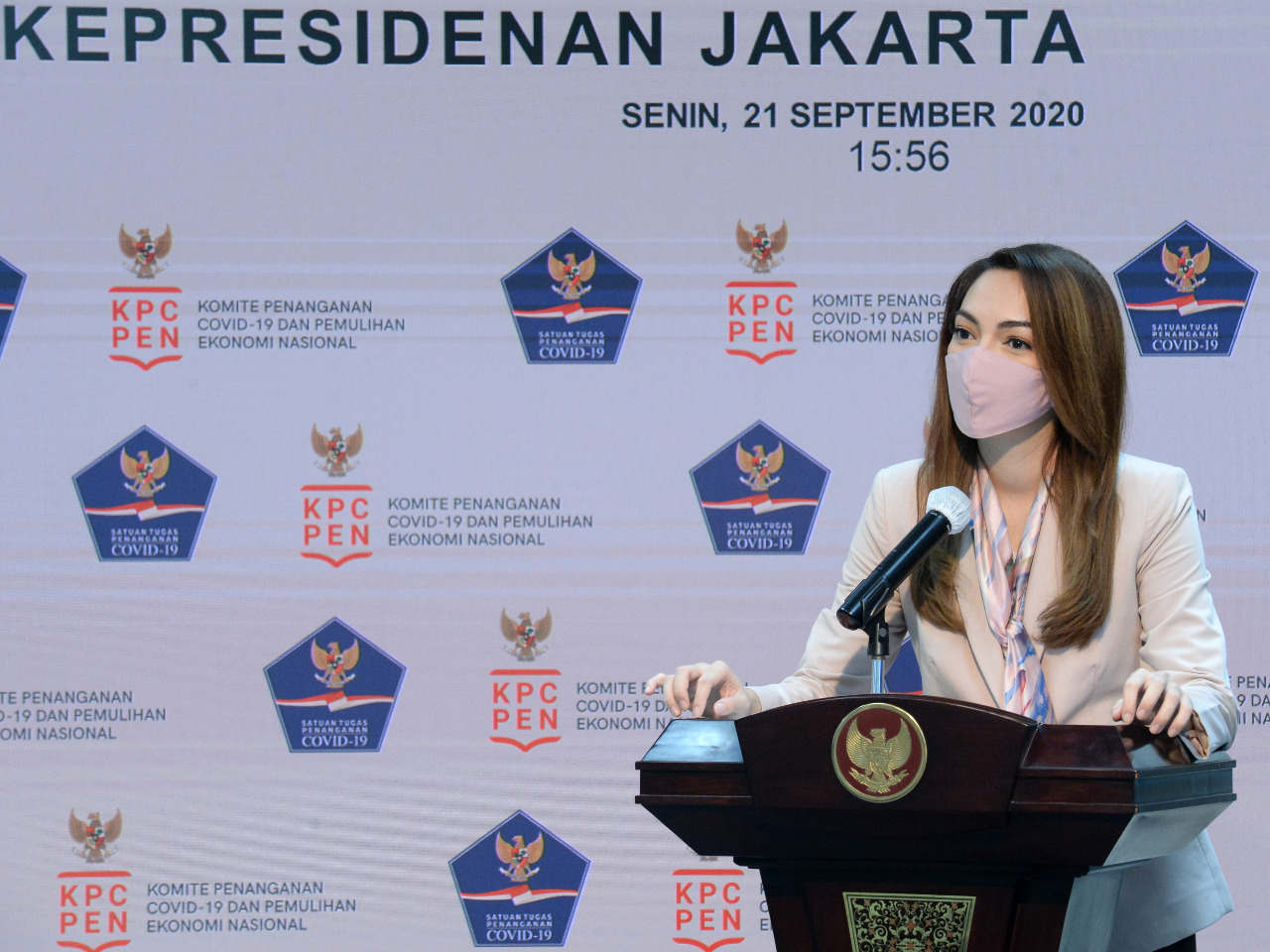 Spokesperson for the COVID-19 Handling Task Force Reisa Broto Asmoro during a press conference at the Presidential Office, Jakarta, Monday (21/9) (Photo by: BPMI).

The number of patients recovering from COVID-19 or completing isolation has increased from March to the third week of September 2020, spokesperson for the COVID-19 Handling Task Force Reisa Broto Asmoro has said.

“More than 72% of the patients have recovered, the number has reached 180,797,” Reisa said during a press conference at the Presidential Office, Jakarta, Monday (21/9).

Furthermore, Reisa said that as of today the number of patients recovering from COVID-19 has increased by 3,870 cases with the three highest provinces namely Jakarta Special Capital Region (1,299), East Java (341), and Central Java (321).

“The number of COVID-19 patients completing the isolation in the third week of September increased compared to the previous week. This means that the therapy applied by medical personnel in Indonesia is effective,” Reisa stated.

According to Reisa, this success can be achieved, because the drugs that are administered suppress viral infections in the patient’s body. Moreover, optimal drug combinations and balanced nutritional intake has accelerated the healing period, reduced the risk of death, including strengthened the patient’s immune system.

According to her, the recovery rate is important for medical science, one of which is to produce breakthroughs, such as convalescent plasma therapy. In addition, recovered patients also provided more information about the genetic mapping of the virus so that researchers could develop a vaccine.

Reisa stated that today, Indonesia has reported 58,378 active cases. There was an increase of 582 active cases compared to last Sunday (20/9).The increase in the number of active and confirmed cases is actually due to increased tracing efforts or testing in the community.

The number of new confirmed cases, today, reached 4,176. To suppress the addition of new cases, Ministry of Health has conducted 3T or tracing, testing, and treatment. “All over Indonesia, 20 thousand to 40 thousand people have been tested per day. The test was carried out in 343 laboratories throughout Indonesia,” she continued.

The Government has also formed a COVID-19 Task Force or TFC-19, which is a task force to follow up on the President’s directives in dealing with COVID-19 in 9 priority provinces. The goal is to reduce the number of cases, reduce mortality and increase recovery rates, improve community discipline, synchronize central and regional data, encourage an increase in the number of ICUs and isolation rooms, increase medical personnel and distribute PPE and medicines.