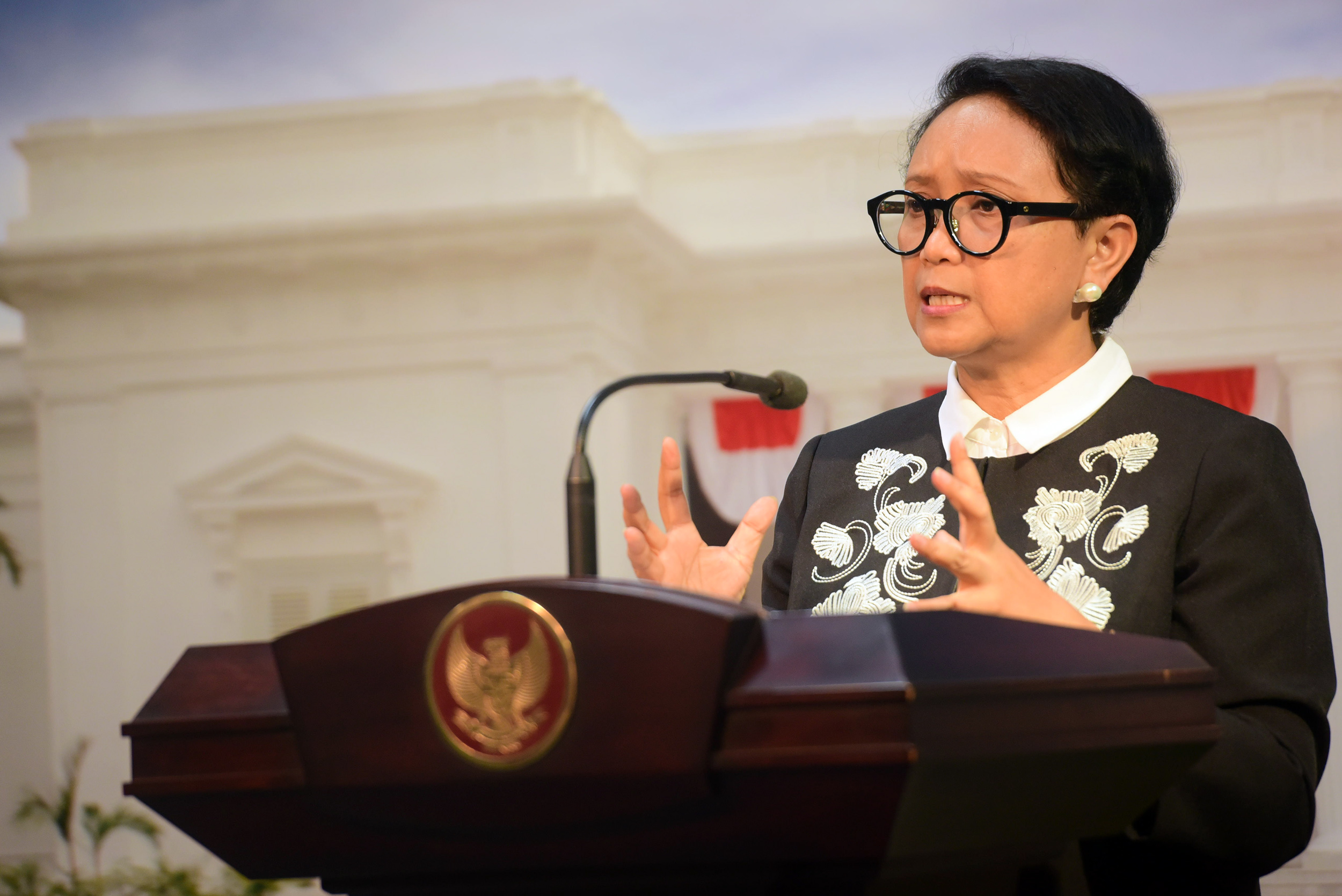 Minister of Foreign Affairs Retno Marsudi delivers a statement of Indonesia’s rejection over the US policy shift on illegal Israeli settlement in the West Bank, Palestine, at the Merdeka Palace, Jakarta, Wednesday (20/11). (Photo by: Rahmat/PR)

The Indonesian Government has firmly rejected the United States’ statement on the construction of illegal Israeli settlements in the West Bank, Palestine.

Indonesia, Retno added, has consistently opposed Israel’s actions in building illegal settlements in the Palestinian territories. “The construction of illegal settlements is de facto annexation and is a barrier to peace efforts in realizing a two-state solution,” she said.

For this reason, Retno said, Indonesia urges the international community to unite and continue to provide support for the struggle of the Palestinian people.

Earlier, the US Secretary of State Mike Pompeo in his statement on Monday (18/11) local time stated that after carefully studying all sides of the legal debate, the US government agreed that the construction of Israeli civilian settlements in the West Bank was not, in essence, inconsistent with international law. (MAY/RAH/ES)