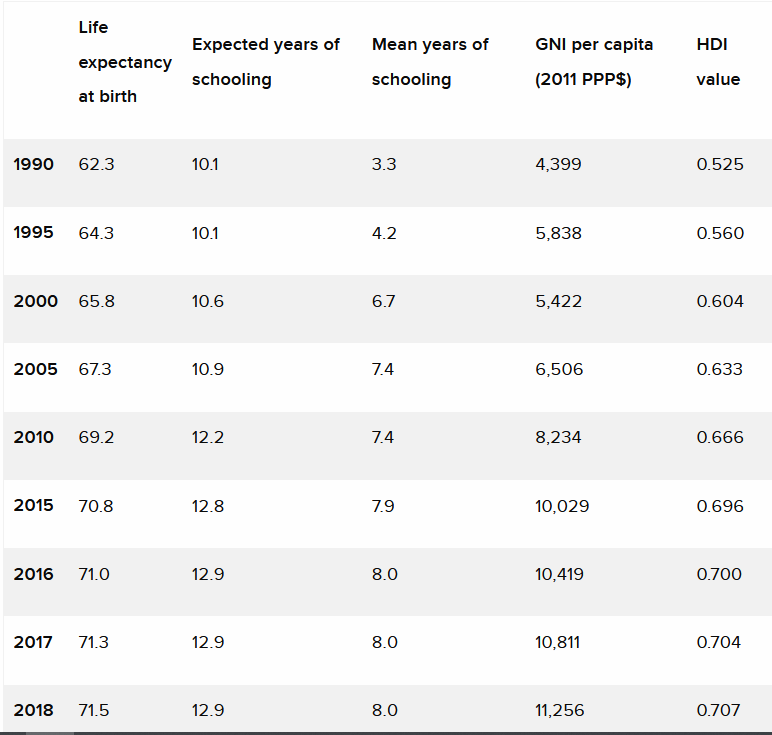 Human Development in Indonesia and its indicators (Source: UNDP Report)

For the first time in the last 20 years, Indonesia has been listed in the group of countries with high Human Development Index (HDI), according to Human Development Report released by the United Nations Development Program (UNDP) on Tuesday (10/12).

UNDP representative for Indonesia Christophe Bahuet said that being listed in a group with high HDI was a milestone for Indonesia.

“This achievement is the result of a strong national commitment to boost human development, which not only rests on economic growth but also on the welfare of society, especially health and education,” he said.

The UNDP report also reminded all relevant parties that more optimal efforts are needed in preventing inequality in Indonesia.

According to the UNDP, if inequality is included in the measurement, the Indonesian HDI value could drop 17.4 percent.

Bahuet added that the UNDP report also sent a message to Indonesia for further progress in human development, namely the need to narrow down inequalities and anticipate new gaps in the future.

“The UNDP will continue to be Indonesia’s partner for the progress of human development,” he said.