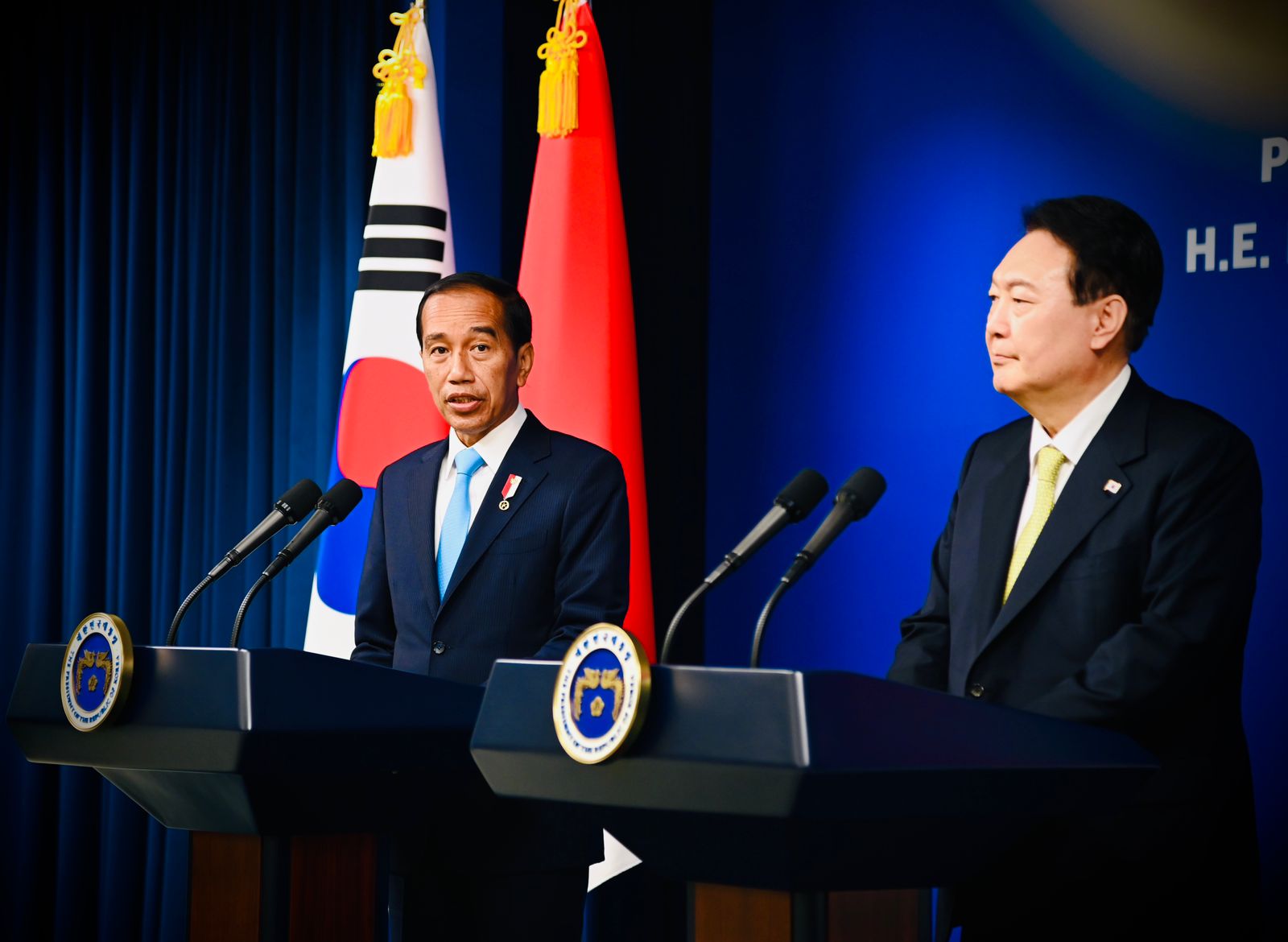 Partnership and cooperation between Indonesia and the Republic of Korea (ROK) will continue to be strengthened, particularly in the economic sector.

The statement was made by President Joko “Jokowi” Widodo in a joint press statement with President of the Republic of Korea Yoon Suk-yeol, after a bilateral meeting on Thursday (07/28), at the Yongsan Presidential Office, Seoul, the ROK.

“We welcome the increasing trend in trade sector. We have also agreed to expand market access, remove trade barriers, and promote specialized products of both countries,” President Jokowi said.

In order to realize it, President Jokowi encouraged a concrete implementation of Indonesia-Korea Economic Partnership Agreement.

He went on to say that investment value of the ROK to Indonesia also grew significantly in several sectors, such as steel, petrochemicals, electric vehicle batteries, power cable and telecommunications industries, as well as garments and renewable energy.

Also on that occasion, President Jokowi expressed his highest appreciation to his counterpart for investing in the New Capital of Nusantara (IKN) projects, such as Drinking Water Supply System (SPAM) and capacity building of smart city development.

“I warmly welcome the signing of MoU between Ministry of Investment in collaboration with POSCO (Korean steel manufacturer) and Krakatau Steel Indonesia in the investment of automotive steel industry for electric vehicle and the development of IKN which the value amounting to US$6.37 billion and the project will absorb 58,000 labors,” he explained.

President Jokowi also expressed gratitude for the ROK’s support to Indonesia’s G20 presidency and said that he is looking forward to President Yoon Suk-yeol visit in the upcoming G20 Summit in Bali.

In his statement, President Yoon Suk-yeol confirmed commitment of the ROK Government to further strengthen strategic partnership with Indonesia amid the dynamics of global development.

“I think we share many things in common. Moreover, we will welcome the 50th anniversary of Indonesia-Korea relations. I hope we can enhance our cooperation. I also hope to meet and communicate with President Jokowi more often,” President Yoon stated. (BPMI of Presidential Secretariat/UN) (RAS/MMB)