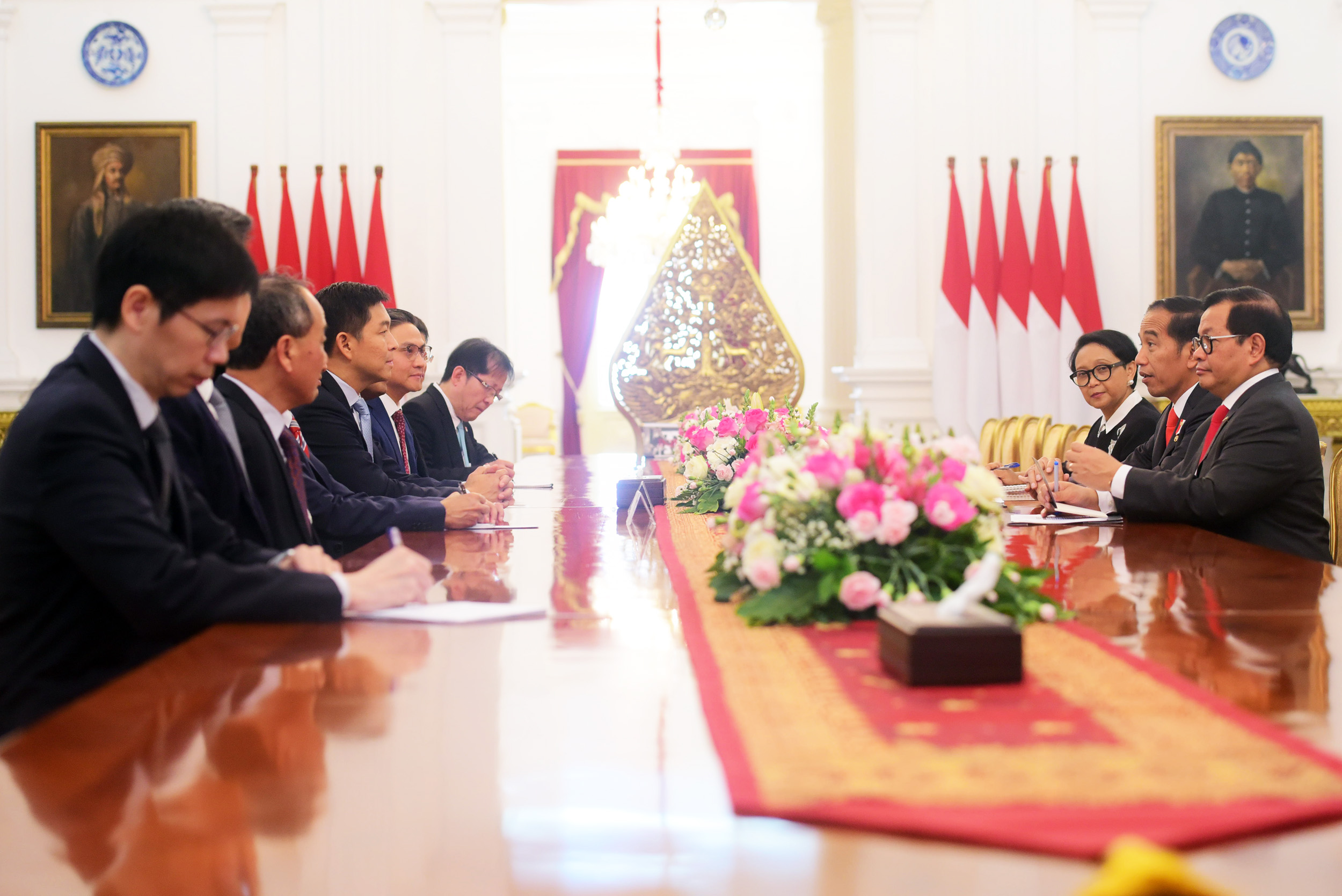 “The President cited a statement from managing director of International Monetary Fund (IMF) saying that ASEAN is a bright spot in the world economy,” Minister of Foreign Affairs Retno Marsudi said after accompanying President Jokowi during a courtesy call with Speaker and Members of Singapore Parliament, at the Merdeka Palace, Jakarta, Wednesday (29/11).

On that occasion, the Minister added, President Jokowi also presented the results of the previous retreat meeting with Singaporean PM Lee Hsien Loong held on 8 October.

“The President said that the two leaders are committed to strengthening bilateral cooperation in the fields of investment, infrastructure and human capital development, as well as digital economy development,” Retno said.

According to the Minister, although the cooperation is in the framework of Government-to-Government, it also needs support at legislative level.  (MAY / RAH / ES)