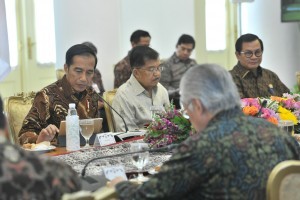 “The visit aims to boost cooperation between Indonesia and South Korea, President Jokowi said at the Bogor Palace, Friday (7/9) during a Limited Cabinet Meeting on Preparation for the State Visit to South Korea and Vietnam.

President Jokowi also expressed his hope that the visit will be prepared properly, so that it could get concrete results for Indonesia.