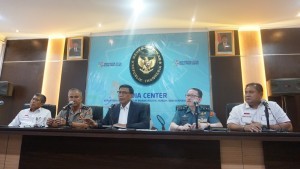 The Indonesian Government has decided to authorize the opening up of foreign aid to contribute to the rescue and recovery efforts in the-quake-and-tsunami-struck province of Central Sulawesi, Coordinating Minister for Political, Legal, and Security Affairs Wiranto has said.

According to Wiranto, the decision is based on the considerations that Indonesia has established friendly relations and cooperation with those countries and that President Joko Jokowi Widodo had visited those countries to strengthen both bilateral and multilateral relations.

“Indonesia and those countries have already had mutually beneficial relations. And when those countries pledge assistance for Palu quake relief, of course we appreciate it,” Wiranto said, adding that another consideration is because Indonesia has also often contributed and given aid, such as for Bangladesh, Rohingya refugees, Nepal earthquakes, Somalia drought, and Papua New Guinea.

“Helping each other is an international tradition which we need to appreciate, he added.

Wiranto also ensured that the aid would come quickly and is tailored to people’s need.

For the record, the quake and the tsunami have caused blackouts, scarcity of fuel, disrupted communication, and cut off roads, so the most effective way to send aid is from the air.

“What we need now is aid for emergency response and direct assistance to the affected residents such as air transport, among others, C-130 Hercules planes and Boeing 737-400 and -500 series planes, tents, paramedics, and makeshift hospitals,” Wiranto said, adding that water treatment facilities are urgently needed to supply clean water, as well as a fogging tool to neutralize the bodies. (Coordinating Ministry for Political, Legal, and Security Affairs) (MUR/EP/YM/Naster).