Indonesia to Implement B40 Program Next Year 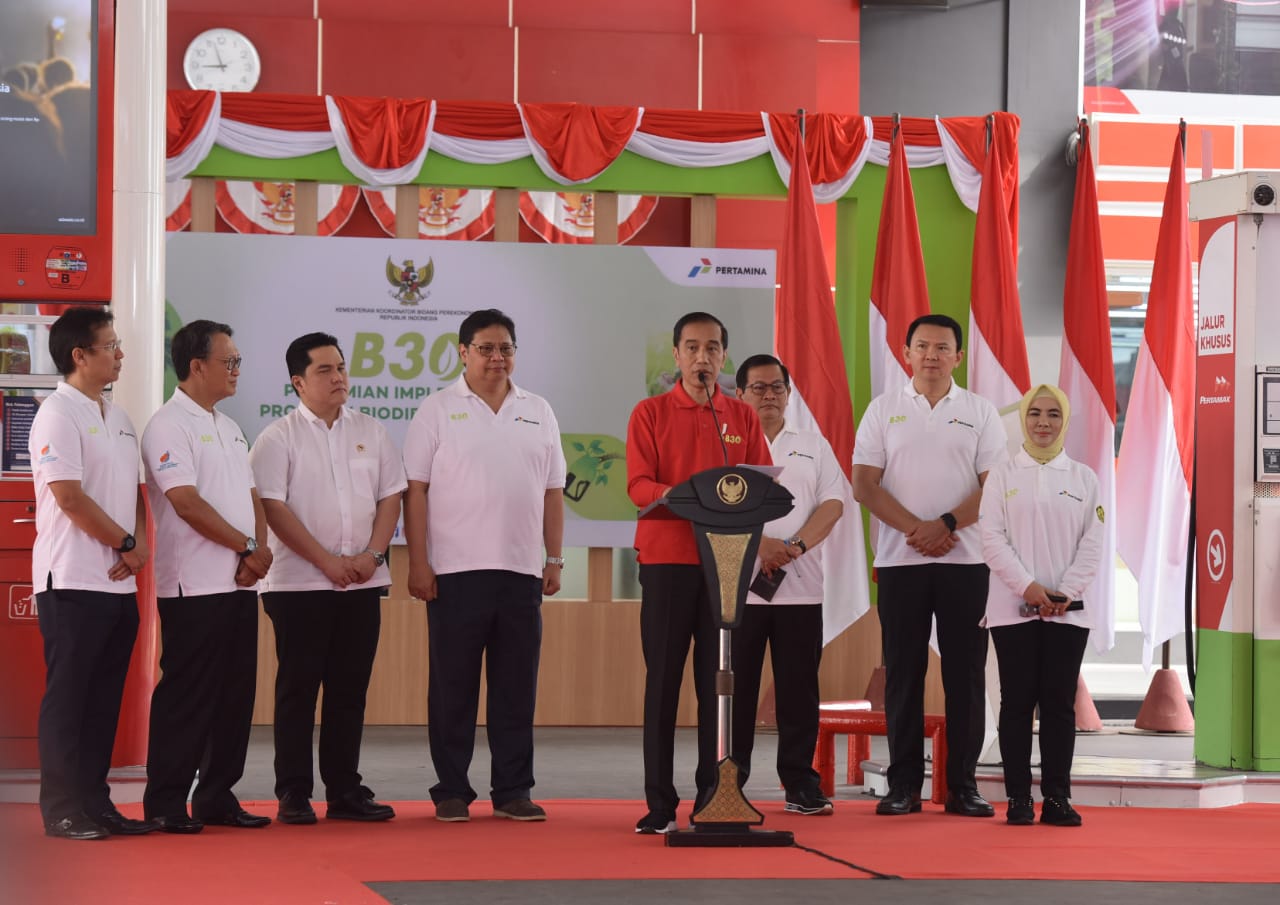 President Jokowi, accompanied by a number of officials, inaugurates the B30 policy, at a Pertamina gas station on MT. Haryono street, in Jakarta, Monday (23/12). (Photo by: Oji/PR)

The Indonesian Government has set the target of implementing Biodiesel 40 (B40) program next year and B50 in 2021.

“Step by step, we hope to implement the B40 policy next year and B50 in 2021. This is our target. If we can achieve these steps, I think we can boost our foreign exchange reserves,” President Jokowi told reporters after launching the implementation of B30 program at a gas station operated by state-owned oil and gas company Pertamina on MT. Haryono street in Jakarta, Monday (23/12).

The implementation of Biodiesel policy, the President added, will increase Indonesia’s independence as Indonesia will not depend on export markets and other countries that want to buy Indonesian CPO.

“It’s alright if they don’t buy it, we can consume it ourselves. Our bargaining power becomes stronger. Moreover, this is also clean energy,” he said.

On the logistical difficulties to transport CPO to refineries to be used as B30, the President acknowledged the complexity of this problem. However, the President also stated that Pertamina’s refineries are capable to handle the B30, B40, and B50 production. (HIM/OJI/ES)