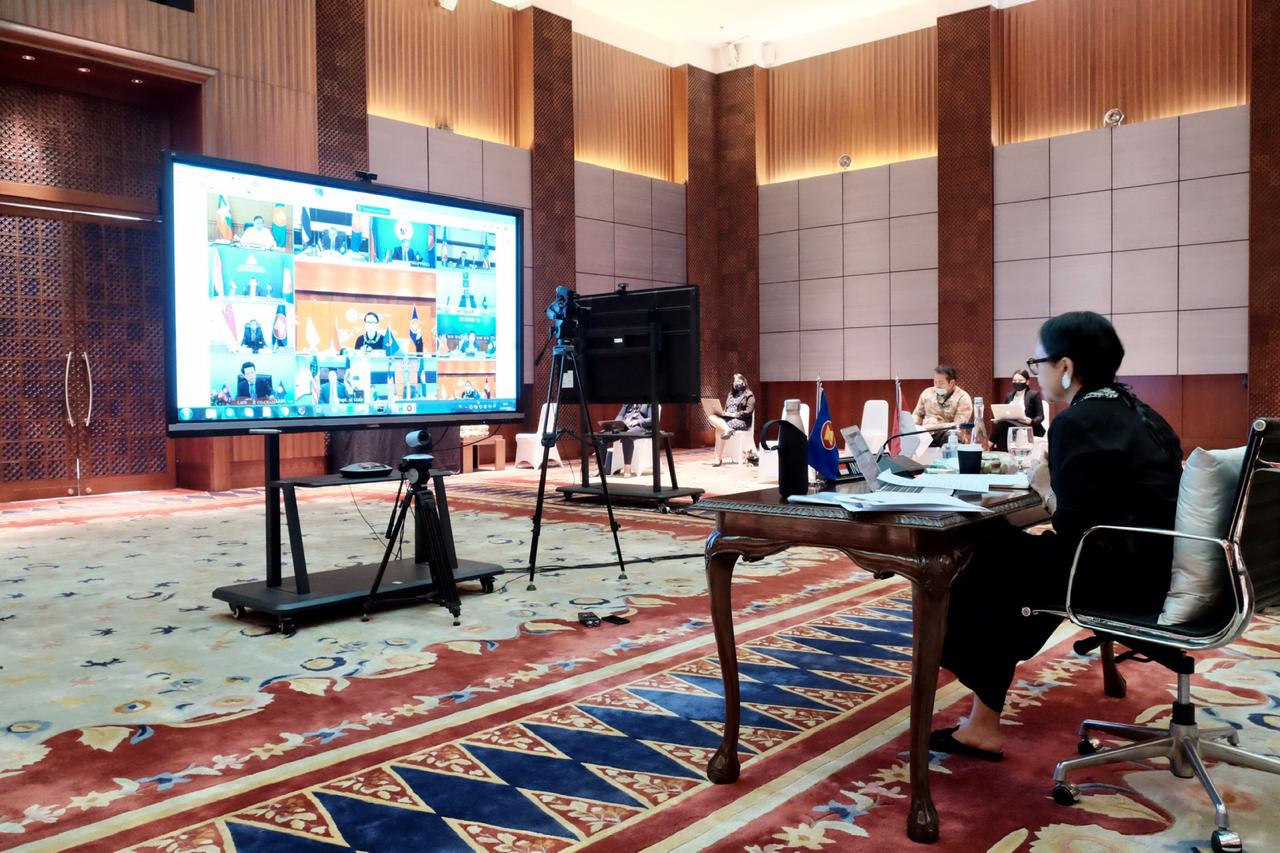 “The Association of Southeast Asian Nations (ASEAN) and the United States have once again shown our commitment to strengthen cooperation in the efforts to handle the COVID-19 outbreak,” Retno said during the ASEAN-U.S. Special Foreign Minister Meeting through a video conference, Thursday (23/4).

The meeting was attended by all Foreign Ministers of ASEAN member countries and the United States Secretary of State, as well as representatives from other ASEAN cooperation pillars.

On that occasion, Retno also pointed out the importance of a strategic partnership between ASEAN and the United States that can benefit both communities in the two regions amid the crisis due to the outbreak.

She also emphasized the importance of collaboration, helping each other and putting aside differences in combating the disease and minimizing the impact.

“I am of the opinion that if we remain united and help one another, we can ease the burden we are carrying,” the Minister said.

The Minister also reiterated two priorities of cooperation that ASEAN and the United States can make in the short run.

Second, Indonesia fully supports the efforts to develop vaccine against the disease.

The vaccine, according to Retno, must be available at an affordable price, particularly for developing countries and Least Developing Countries (LDCs).

In the long term, the proposed cooperation between ASEAN and the United States, according to Retno, aims to improve resilience of the existing public health system, among others, through the development of a disease control structure in the ASEAN region and capacity of medical personnel in the fight against pandemic, particularly, in collaboration with the Center for Disease Control (CDC) regional office in Viet Nam.