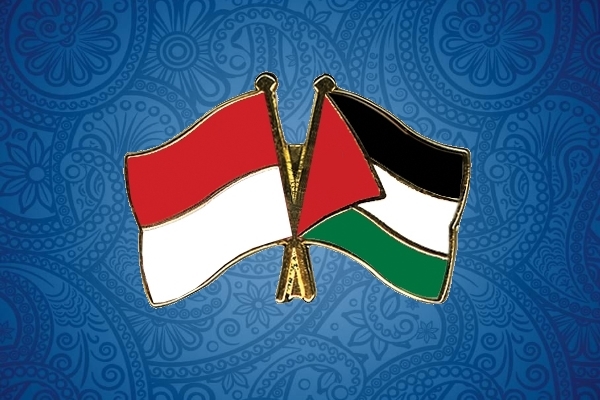 The issue was raised during virtual UNSC Open Debate on Thursday (23/4) that discussed the latest development in Palestine and Middle East amid the outbreak.

“The UNSC must affirm its position to immediately stop the creeping annexation—construction of illegal settlements—of Israel and push the Israeli Government to fulfill its obligations as the “occupying power” in accordance with international law,” said Indonesia’s Permanent Representative to the UN Ambassador Dian Triansyah Djani in New York.

According to him, Indonesia’s assertiveness is to respond to the agreement of the Israeli coalition government between Benjamin Netanyahu and Benny Ganz who previously unveiled their plans to conduct “formal annexation” in various Palestinian territories in the West Bank.

Indonesia, he added, also reminded Israel’s obligation as “occupying power” in accordance with international law to protect and provide medical equipment and facilities, as well as access to health care for the Palestinians, including stopping the blockade of the Gaza Strip.

In the meantime, the UN Coordinator for the Middle East Peace Process Nickolay Mladenov, who was present at the meeting, said that Israel’s plan to annex the Palestinian West Bank region does not only violate the international law, but also threatens the Israeli-Palestinian peace process and stability in the region.

Mladenov also conveyed a host of efforts that have been made by the United Nations in assisting Palestine in dealing with the COVID-19 outbreak, including through a Response Plan with a target of collecting US$34 million.

The funds aim to cover the urgent health and humanitarian needs for residents in the West Bank, including in East Jerusalem and the Gaza Strip, he added.

Echoing a similar sentiment, Palestinian Ambassador to the United Nations Riyadh Mansour said that the international community must do everything possible to stop the Israeli annexation.

“When Palestinian people stay at home during the pandemic, how can Israel continue destroying their homes,” Ambassador Mansour said.

In this regard, Ambassador Djani expressed appreciation to and urged the international community to continue supporting the role of the UN Relief and Works Agency for Palestine Refugees (UNRWA) and various NGOs in Palestine who have worked hard in helping Palestinians in difficult times like these days.

He also stressed that instead of conducting annexation in Palestine, Israel must focus on implementing its international legal obligations.

Indonesia and the majority of the UNSC member countries also marshalled their support for a two-state solution based on agreed international parameters in accordance with various resolutions of the UNSC, as a peaceful and equitable solution for the resolution of the Israeli-Palestinian conflict. (PTRI New York-Ministry of Foreign Affairs / EN)