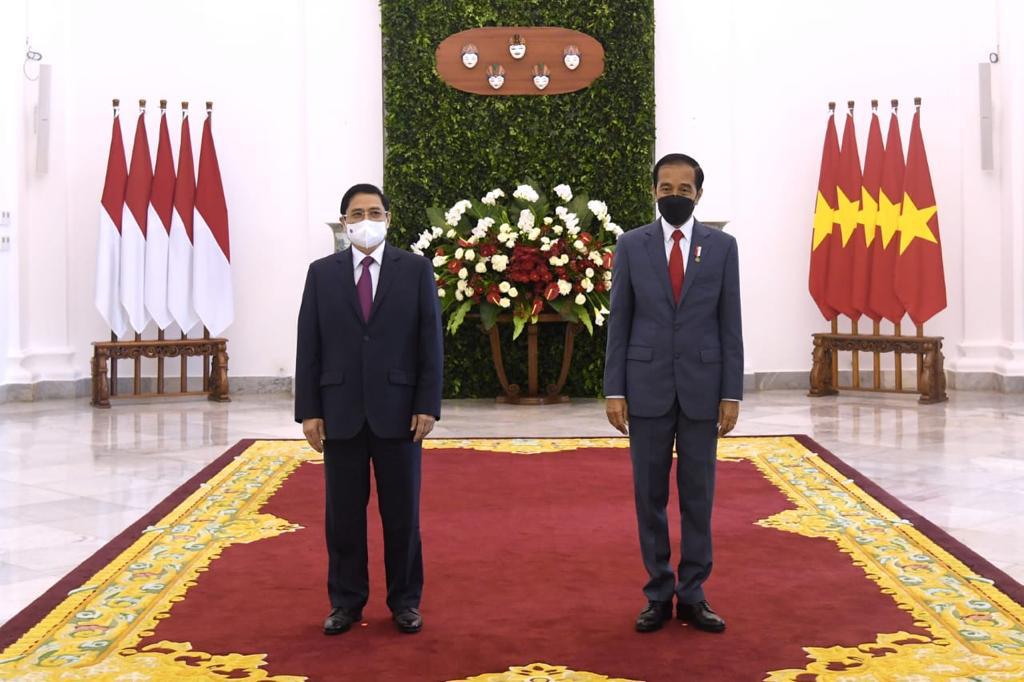 President Joko “Jokowi” Widodo and Prime Minister of Vietnam Phạm Minh Chính have agreed to push ASEAN Leaders’ Meeting (ALM) to provide the best solution for the people of Myanmar.

The statement was made during the bilateral meeting between the two leaders at Bogor Presidential Palace in West Java province, Friday (23/04) afternoon.

“Both leaders hope that the ALM (that is held) tomorrow can produce the best agreement for the people of Myanmar,” Indonesian Minister of Foreign Affairs Retno L. P. Marsudi told the press after joining the President in the meeting.

During the meeting, she said, both leaders also exchanged their perspectives on the latest situation in Myanmar, adding that they also expressed their concerns on the continuation of the use of force and the rising number of casualty in the country.

“Indonesia’s stance on Myanmar has been very clear from the outset. The safety and welfare of the people of Myanmar must be the top priority. The use of force and weapons must come to an end so there are no more victims and an inclusive dialogue must be held immediately to restore democracy, safety, peace, and stability in Myanmar,” the Minister said, quoting the statement of the President during the meeting.

The Minister added that President Jokowi also emphasized that the ALM was held only for the sake of the people of Myanmar.

“If we look back, the ALM is Indonesia’s initiative and a follow-up of the dialogue between President of the Republic of Indonesia and Sultan of Brunei Darussalam, who chairs ASEAN,” she said.

The Minister further said that during the bilateral meeting, Prime Minister of Vietnam Phạm Minh Chính expressed appreciation of Indonesia’s initiative to hold a meeting of ASEAN leaders to discuss and find a solution for the crisis in Myanmar.

“Vietnam expressed appreciation of Indonesia’s leadership that initiated this ASEAN Leaders’ Meeting. The Prime Minister of Vietnam stated that the use of force in Myanmar must come to an end,” she remarked.

Prime Minister of Vietnam is also slated to attend the ALM that is held the next day. (FID/UN) (DH/EP)