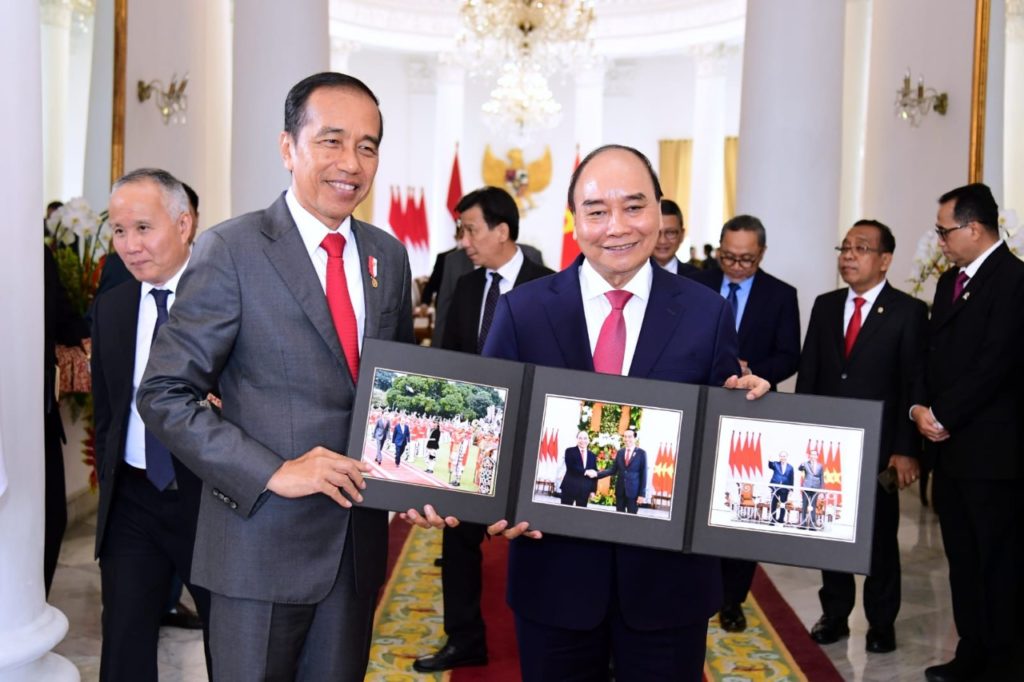 In term of bilateral partnership, both countries have agreed to boost cooperation on trade sector. President Jokowi underscored that the trade value in 2021 amounting US$11.06 have exceeded the target of trade value set for 2023 which is at US$10 billion.

“During the past five years, the trade value increased by 9.77 percent. Therefore, we have agreed to set the new bilateral target of US$15 billion by 2028,” he said.

The President also asked his counterpart to encourage better access for export of agricultural products from Indonesia.

“I expect issues faced by Indonesian investors will be resolved so it can encourage new investment,” he added.

Both leaders also touched on the efforts to strengthen cooperation on clean energy as well as new and renewable energy. President Jokowi conveyed that he welcomed the signing of Memorandum of Understanding on energy and mineral resources sectors which is expected to encourage the development of solar power plant, hydropower plant, and smart grid.

“I also welcome the plan of Vietnam to collaborate with (Indonesia’s) State-owned Enterprises (SOEs) and companies, such as PT BTM and PT Wima in marketing Gesit electric motorcycle to Vietnam market, Indonesia Battery Corporation (IBC) in the investment of electric vehicle battery manufacturing, and PT INKA (state-owned train manufacturer) in purchasing components of electric bus,” he said.

Improvement of connectivity among the two countries was also discussed in the meeting. It is important to restore goods and tourism mobilities to that of pre-pandemic period by restoring direct flight routes from and to centers for business and tourism in both countries, creating new route from Da Nang to Denpasar and Hồ Chí Minh to Jakarta, and adding the number of Jakarta- Hồ Chí Minh City routes.

During the bilateral meeting, both leaders also discussed the negotiations on Exclusive Economic Zone (EEZ) boundaries. After 12 years of intensive negotiations, both countries have finally been able to conclude negotiations of EEZ boundaries based on UNCLOS 1982.

On regional issue, both leaders discussed efforts to boost ASEAN cooperation. During its chairmanship in 2023, Indonesia will prioritize ASEAN central role in maintaining regional stability and peace, and transforming Southeast Asian countries as the center for economic development.