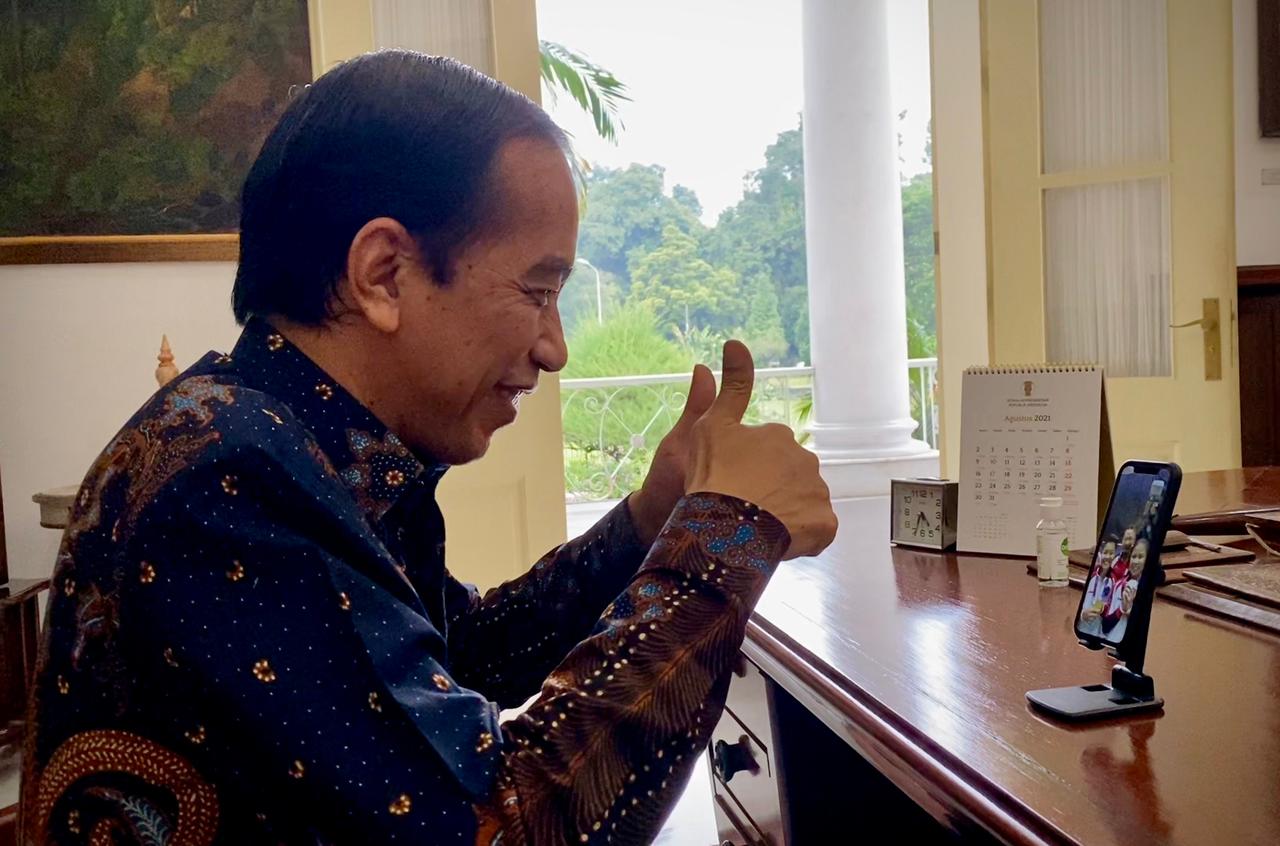 President Joko “Jokowi” Widodo on a video call with Greysia and Apriyani.

Shortly after the win, President Joko “Jokowi” Widodo made a video call with Greysia and Apriyani to congratulate them.

“Thank you, Greysia and Apriyani. On behalf of the Indonesian people, I want to congratulate you two on the achievement. Thank you for winning a gold medal for the country,” President Jokowi said.

Greysia/Apriyani won the battle against China’s Chen Qing Chen and Jia Yifan in straight set 21-19 and 21-15 in the final match.

President Jokowi said he was very proud when the national anthem Indonesia Raya was played in the world’s most prestigious multi sports event.

“I am really happy and very proud, especially when Indonesia Raya was played,” he added.

The President also congratulated Eng Hian, the pair’s coach, on the achievement of his athletes at the Tokyo Olympics.

“Congratulations to coach Eng Hian. Greetings from all Indonesian people who are very proud and very happy for Greysia and Apriyani,” said the President.

For the record, the gold medal is the first gold for Indonesia contingent at the 2020 Tokyo Olympics and the eighth gold in the country’s Olympic history.

The pair also made history by winning the first gold medal for Indonesia’s women’s double in the Olympics.

Indonesia is currently rank 35th by clinching one gold, one silver and three bronze, making it the best performer among Southeast Asia nations so far. (BPMI/UN) (EST/EP)