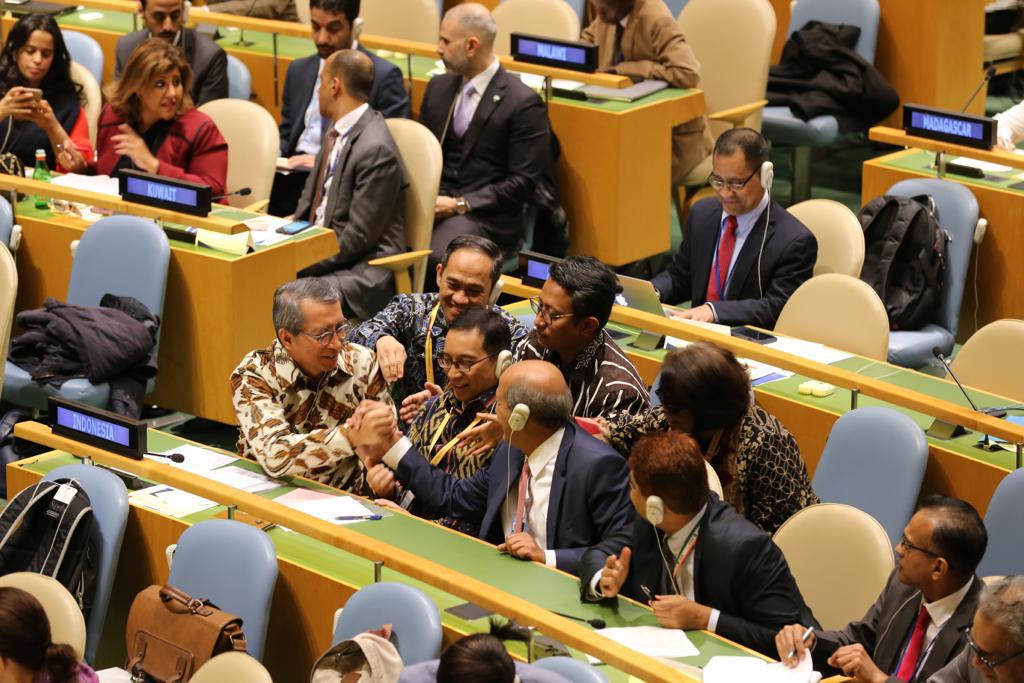 Indonesia has won a seat in the United Nation Human Right Council for the 2020-2022 period.

The country garnered 174 votes of the 193 member countries in the 74th the United Nations General Assembly in New York, United States of America, Thursday (17/10).

“For the fifth time, Indonesia will once again make a real contribution in the promotion and protection of human rights at the global level,” Indonesian Permanent Representative to the United Nations Dian Triansyah Djani said.

Dian added that by securing the most votes in the Asia Pacific, the country proved its success in diplomacy.

Indonesia’s membership in the UN Human Rights Council, Dian continued, was also carried out to fulfill the country’s constitutional mandate and to affirm its commitment to the application of global human rights principles at the regional, national, and global level.

During the campaign period, Indonesia promoted the tagline “A True Partner for Democracy, Development and Social Justice”.

Commenting on this, Ministry of Foreign Affairs’ Director General of Multilateral Cooperation Febrian Ruddyard said: “It is very clear that the international community appreciates Indonesia’s track record and acknowledges that democracy and tolerance as assets to actively contribute in the UN Human Rights Council.”

Moreover, in 2020 Indonesia is also the UN Security Council member and is committed to linking these two councils in order to boost its performance.

The UN Human Rights Council is an intergovernmental body of the UN consisting of 47 UN member states and is responsible for strengthening human rights progress and protection throughout the world, dealing with situations of human rights violations and making recommendations in this matter. (Kemlu RI/ES)