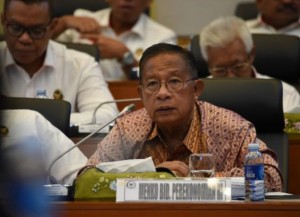 The economic growth is supported by low and controlled inflation in accordance with the targets set in the State Budget (APBN). Furthermore, the quality of growth is also improving marked by the declining rates of poverty, unemployment, and Gini ratios.

Indonesia, the Coordinating Minister added, still has an attraction factor as an investment destination country, based on the assessment of The Economist and IMF. Based on the evaluation of the IMD World Competitiveness Yearbook (WCY), Indonesia’s competitiveness rank also rose 11 places from rank 43 to rank 32 in 2019 and became the country with the highest increase in the Asia Pacific region.

The macro assumptions in the 2020 State Budget Bill agreed to by the Government together with Commission VII and Commission XI of the House of Representatives include: economic growth of 5.2-5.5% (yoy), inflation of 2.0-4.0% (yoy), Rupiah exchange rate of Rp14,000-Rp14,500 per USD, oil prices at USD60/barrel, oil lifting at 734 thousand barrels/day, and gas lifting at 1,159 BOE/day. (Coordinating Ministry for the Economy PR/ES)