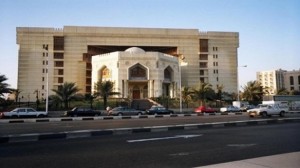 Embassy of the Republic of Indonesia (Embassy) in Cairo denied the rumors that spread among the citizens of Indonesia (citizen) and social media, that the Egyptian security apparatus arrest some Indonesian students when conducted raids.

“Until now, there has been no reports of citizens who were arrested”, said coordinator Protocol and Consul Indonesian Embassy in Cairo, Nugroho Yuwono Aribhimo in Cairo on Sunday (29/3).

Egyptian President Abdel Fatah Al-Sisi, a week earlier conveyed security guarantee to the Indonesian students in Egypt, which amounts to more than 3,500 people, when he received the Special Envoy of the President of Joko Widodo, Alwi Shihab, on Sunday (22/3).

Security Guarantee form President Al-Sisi, related to safety threats that are often experienced by students at lately, such as hold-up, mugging, robbery, even until the casualties of a student from West Sumatra, Gusti Rahma Yeni.

“Just checked strictly passport and residence permit (visa),” Nugroho Yuwono Aribhimo said. Similar statements expressed by the President of the Union of Indonesian Students (PPMI) Egypt, Agus Susanto. “Two days ago there was a raid on several houses rent student, committed by the security apparatus. There’s even a raid that allegedly perpetrated by the self-styled or robbers,” Agus Susanto said.

According to Nugroho Yuwono Aribhimo, in addition to launch a raid on the house rent for foreign residents, the security apparatus, also verifies the identity of foreign nationals in the streets. Aribhimo Yuwono Nugroho added, in addition to apparatus from the police, there is also suspected robbers disguised as police to raid the student.

Previously, the Indonesian Embassy in Cairo issued a circular letter such as an appeal to the citizen, especially the students to remain vigilant and always carry a passport or identity such as a valid student card, when out of the house.

They are also advised to avoid the area central mass concentration as Tahrir Square, Nahdah, Radio and Television Building, Abbasids, Mustapha Mahmoud Mohandessin, and Al-Azhar University dorms are often at the center of the protests, including also advised to stay away from the police and military installations such as police stations/military, the crowd and important installations such as electrical box / telephone, and other places which today are often targeted bombings. (*/KBRI Kairo/ES)