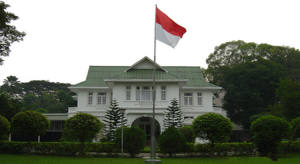 Embassy of the Republic of Indonesia (KBRI) in Yangon, Myanmar

In May 2014, Myanmar court sentenced them for four to six years in prison on charges of entering and fishing in the maritime region of Myanmar illegally. However, on May 28, 2015, the Government of Myanmar has pardoned and freed all citizens to be able to return to Indonesia.

Ambassador Extraordinary and Plenipotentiary of the Republic of Indonesia to the Republic of Myanmar, the Commissioner General of Police (Ret) Ito Sumardi explained, that the forgiveness of the Government of Myanmar is the result of the commitment to the protection of citizens by the Government of Indonesia, both the Directorate for the Protection of Indonesian Citizens and Indonesian Corporation, Ministry of Foreign Affairs, and the Indonesian Embassy in Yangon, which has been obtained after making approaches to the parties concerned in Myanmar.

According to Indonesian Ambassador in Yangon since February 2014, the process of repatriation of the citizen can also take place with the support of PT Fishindo Citra Samudera, the company employs 46 people of 55 Indonesian citizens, who are willing to bear the cost of air transport for the repatriation from Myanmar to Indonesia. While the cost of nine other people be borne by the Ministry of Foreign Affairs.

PT Fishindo also expressed his commitment to complete the entire salary of its employees during they are in custody and will also allocate compensation for compensation for the inconvenience caused to fishermen while in prison.

The ABK is scheduled to arrive in Jakarta on Monday, June 8, 2015, accompanied by the Executive Consular, Indonesian Embassy in Yangon, using Malaysia Airlines MH 849 at 21:15 pm. (Fungsi Konsuler/KBRI Yangon/ES)