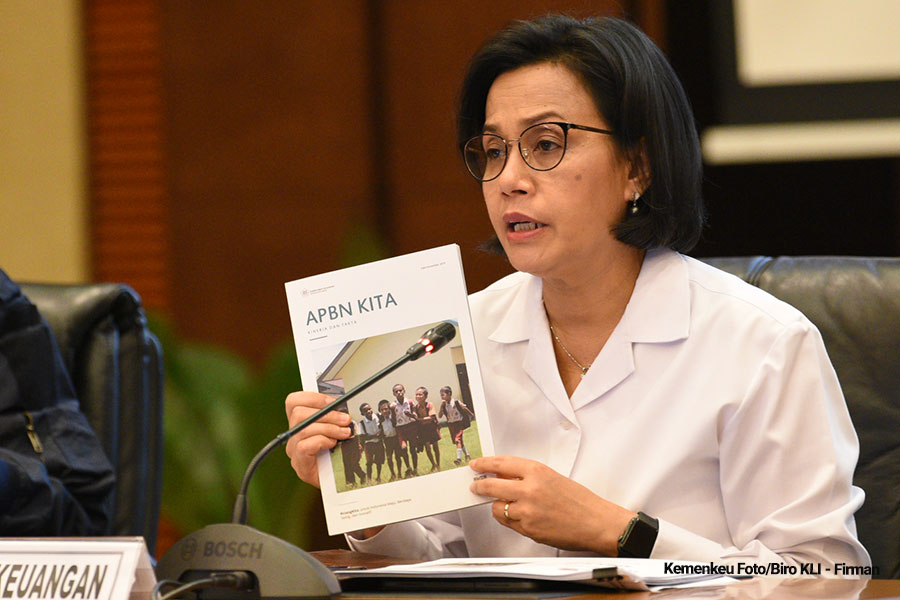 The Government has successfully maintained economic stability amidst the global economic slowdown.

Although this year’s global economic growth is forecasted at just 3 percent, the lowest since the 2008 financial crisis, the Central Statistics Agency (BPS) recorded that Indonesia’s Gross Domestic Product (GDP) grew 5.02 percent year-on-year (yoy) in the third quarter of 2019.

Trade balance in October 2019 was also in surplus after it recorded a trade deficit in September. Net export also showed a positive trend in the third quarter of 2019, following the improvement of the Indonesia’s Balance of Payment (NPI) driven by a decrease in current account deficit and an increase in the capital and financial account surplus.

“That condition is likely to become a strong foundation for the national economic development this year and the year after,” the Minister said.

The Minister went on to say that realization of the Government revenues and grants by the end of October 2019 stood at Rp1,508.91 trillion or 65.71 percent of the target of the state budget, and is projected to increase.

“In general, the realization of revenues and grants was higher compared to that in September 2019 amidst the global economic slowdown which affected national economic condition,” Sri added.

Income Tax (PPh) on non-oil and gas sector and Value-added Tax (PPN) are the main attributions to tax revenue driven by an increase in income tax for individual taxpayers (Art 25/29) following the Tax Amnesty policy and an increase in PPh (Art 21) due to increased employment rate.

In addition, cumulative revenue generated from PPN and Sales Tax on Luxury Goods (PPnBM) by the end of October 2019 also posted a higher growh.

Realization of customs and excise revenue also improved compared to that in the same period last year at Rp155.42 trillion or 74.43 percent of the target of the 2019 State Budget and grew by 7.92 percent (yoy).

Sri Mulyani further said that state expenditure shows a remarkable performance and stimulates the economy. The Government expenditure by the end of October 2019 stood at Rp1,797.97 trillion (73.1 percent of the APBN ceiling), increasing 4.5 percent (yoy) compared to the realization in the same period last year.

Realization of Central Government Expenditure increased by 4.7 percent (yoy) compared to that in the same period last year, driven by an increase of Social Assistance Expenditure of 32.7 percent (yoy) or equals to Rp91.75 trillion (94.5 percent of the APBN ceiling). The APBN is able to maintain purchase power of low-income people due to the increase of social assistance expenditure.

Also on the occasion, the Minister also asserted that amidst the pressure in global economy that affected tax revenue, the APBN serves as a countercyclical that stimulates economic growth.

In a bid to maintain fiscal sustainability and the APBN credibility, the Government has made several attempts to anticipate deficit projected to reach 2 to 2.2 percent of the GDP by issuing bonds in foreign exchange last October. Therefore, the Government is managing the finances prudently.

“By the end of October 2019, financial realization is recorded on track in which the Government’s debt is maintained below 30 percent of the GDP, or at 29.87 percent. It is a concrete proof that the Government has managed finances for productive sector to support economic growth amidst the global economic slowdown,” Sri added.

The Government always monitors and recognizes the dynamic of domestic and global developments. The Government also commits to maintain a robust, healthy, and independent State Budget 2019 as an instrument to materialize people’s prosperity and justice. (Ministry of Finance Public Relations/ES)