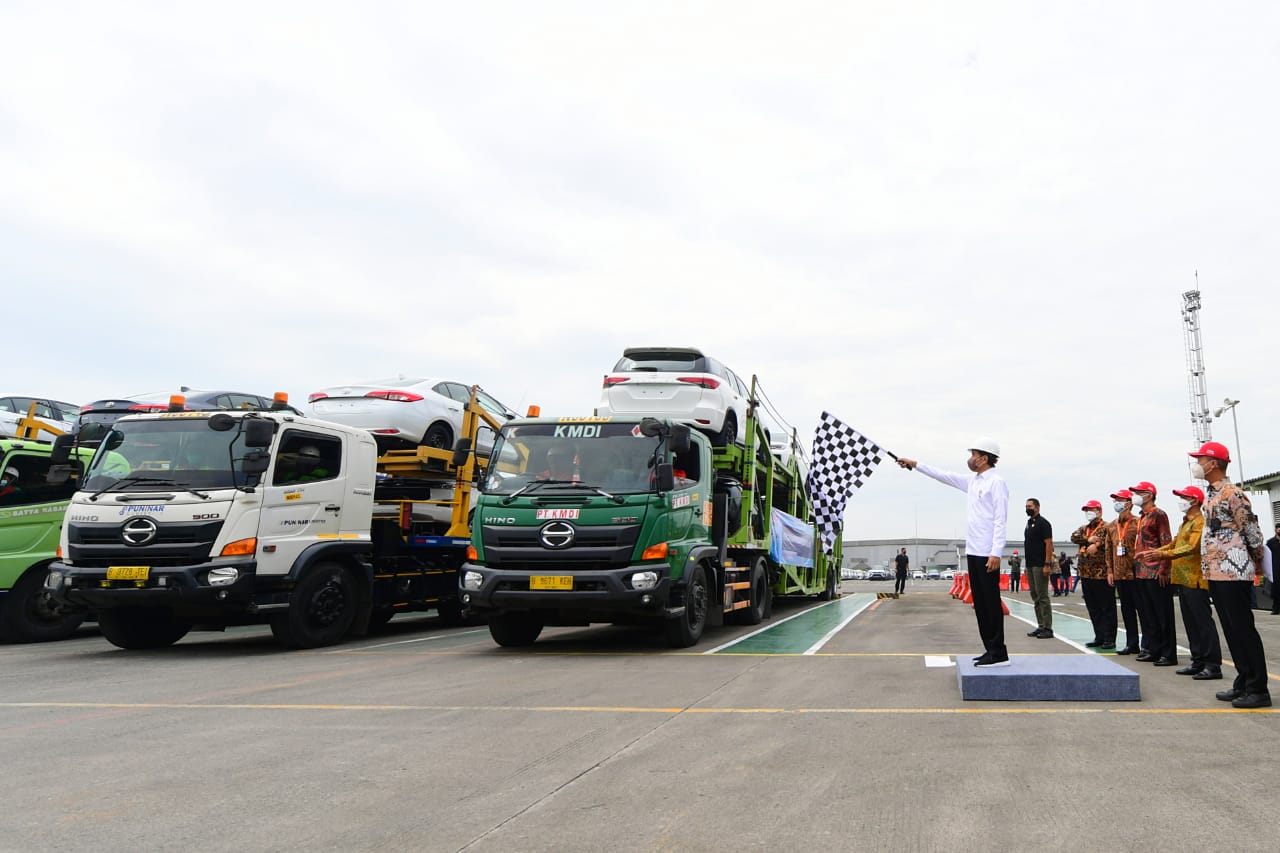 The performance of exports and imports in March 2022 managed to break the highest record in history.

With reference to the difference between exports and imports, Indonesia’s trade balance in March 2022 again experienced a surplus, reaching US$4.53 billion and continuing the surplus trend that has occurred since May 2020 or has occurred for 23 consecutive months.

“Indonesia’s international trade performance has again shown an impressive performance in the midst of the escalation of the Russia-Ukraine war. This sustainable surplus will continue to encourage an increase in foreign exchange reserves, as well as increase the capacity and resilience of Indonesia’s external sector,” said Coordinating Minister for Economic Affairs Airlangga Hartarto, quoted from the official website of the Coordinating Ministry for Economic Affairs, Tuesday (04/19).

The solid performance of Indonesia’s surplus in March 2022 was supported by export performance which continued to strengthen amid a significant increase in the prices of various leading commodities.

One of the real first steps of this program is shown by the transformation of exports from nickel ore to iron and steel derivative products (ferrous nickel). Based on the unit value of exports, the added value obtained from ferrous nickel products is 60 times higher than the value of nickel ore and concentrates.

The increase in added value in production activities was also reflected in manufacturing activity which continued to be at an expansionary level.

Indonesia’s Manufacturing Purchasing Managers’ Index (PMI) in March 2022 was in position 51.3. This position is higher than that in February 2022 at the level of 51.2, and it is still continuing its expansion level for seven consecutive months. The increase in Indonesia’s PMI level is in line with the ASEAN Regional PMI which also experienced an expansion of 51.7, with Singapore stood at the highest position (55.0) and followed by the Philippines in the second position (53.2). Furthermore, Indonesia’s PMI level is still above the PMI level of other ASEAN countries such as Malaysia (49.6) and Myanmar (47.1).

The performance of the PMI which continues to expand has also boosted exports of the manufacturing sector, which in March 2022 was able to grow by 23.99 percent (mtm) or 29.83 (yoy). This sector also dominates the composition of Indonesia’s exports with a portion reaching 72.69 percent of total exports.

Meanwhile, from the import side, it can be seen that the main composition is dominated by raw/auxiliary materials with a portion of 77.46 percent with an increase of 32.60 percent (mtm) or 31.53 percent (yoy). It is then followed by imports of capital goods with a share reaching 14.26 percent which grew by 20.31 percent (mtm) or 30.12 percent (yoy). In addition, consumption imports only reached 8.28 percent of total imports.

“The dominance and increase in imports of raw materials show that Indonesia’s imports are intended for productive activities to boost national output, while the increase in capital goods shows that manufacturing companies continue to encourage business expansion,” said Airlangga.

Even though the trade balance surplus continues, the Government will remain vigilant and continue to be responsive in dealing with various challenges that may arise, such as the slowing pace of the Eurozone economic recovery due to the Russia-Ukraine war, as well as the implementation of lockdown that has just been re-imposed in China. This condition is expected to affect export performance in the future.

On the other hand, rising prices for energy and food commodities also have the potential to boost global inflation. Crude oil prices continue to increase that as of March 2022 it rose by 18.58 percent (mtm). At the same time, several global food prices also increased, such as soybean prices which rose 8.91 percent (mtm) and wheat prices increased by 24.53 percent (mtm).

“Therefore, in order to mitigate the impact of the transmission of rising global commodity prices to domestic, the Government will continue to optimize the role of the National Inflation Control Team in maintaining inflation stability, by implementing a 4K strategy, namely the strategy of maintaining price affordability, supply availability, smooth distribution, and effective communication,” he remarked. (PR of Coordinating Ministry for Economic Affairs/UN) (EST/MMB)