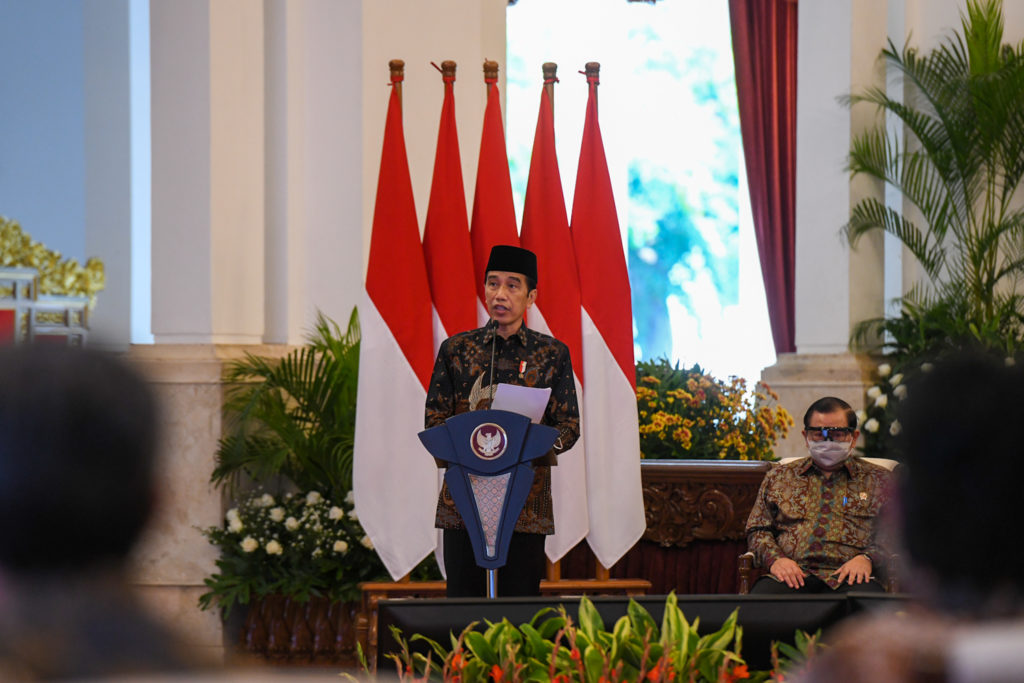 This is a historic moment for the development of sharia economy in Indonesia as a country with the  largest Muslim population worldwide.

“This status has become one of Indonesia’s global identities and is one of our pride. So, it is only natural for Indonesia to become one of leading countries in terms of sharia economic development,” the President said.

“We should be grateful for the increase in rank. However, we must continuously work hard to make Indonesia the center of gravity for regional and global sharia economy,” he stated.

President Jokowi also stated that amid the crisis due to the COVID-19 pandemic, Indonesia’s sharia banking performance continues to record stable growth. “Sharia banking has managed to grow higher than conventional banking. Once again, this is something to be grateful for, thank God,” he said.

The President express belief that the sharia economy in Indonesia will grow rapidly considering the aforementioned indicators. “With such data, I believe, God willing, that Indonesia’s sharia economy will grow rapidly, will contribute greatly to the welfare of our people and society. It is a part of the evidence that Islam is a religion that is rahmatan lil ‘alamin, a mercy to all creation,” he said.

On the occasion, President Director of PT Bank Syariah Indonesia Tbk. Hery Gunardi, in his report, said that the integration and increase in the value of state-owned sharia banks began in early March 2020. “In about 11 months, all processes and sequences such as signing the merger deed, submitting information disclosure, and obtaining permits from the FSA (Financial Services Authority) have gone well and in accordance with the provisions,” Hery said.