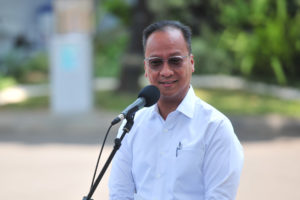 The contribution of processing industry remains dominant to the value of national exports, which reached 74.46 percent on January-April 2022. At the same time, the shipment performance of the manufacturing-sector products reached more than US$69.59 billion, an increase of 29.19 percent in the same period last year.

“This shows that the Government’s efforts and policies in national economic recovery are running well amid various challenges posed by uncertain global economic conditions,” Minister of Industry Agus Gumiwang Kartasasmita said as quoted from the Ministry’s official website, Thursday (05/19).

According to him, the Ministry is determined to remain consistent in implementing the industrial downstream program to increase added value of domestic raw materials since it brought a positive impact on people’s welfare. It also contributed to the growth of national export performance and stimulated an increase in the surplus value to the country’s trade balance.

Moreover, the said surplus is an all-time high, surpassing the previous record in March 2022 (US$26.5 billion). “In April 2022, exports of the processing industry reached US$19.08 billion, an increase of 27.92 percent compared to the same period last year. We will maintain this positive trend of increasing exports from the industrial sector as best we could,” the Minister added.

The Government, Agus continued, has been proactive in carrying out various promotional programs in the international events as well as increasing bilateral and multilateral cooperation, including at the Indonesia G20 Presidency to continue to spur national export performance.

“In addition to creating employments through investment cooperation, the high-level event also opens the opportunity to expand our export for small and medium-sized industrial products,” he remarked. (Ministry of Industry PR/UN) (GWH/MUR)