Infrastructure Development in W. Papua’s Arfak to be Completed Within 2 Years: President Jokowi 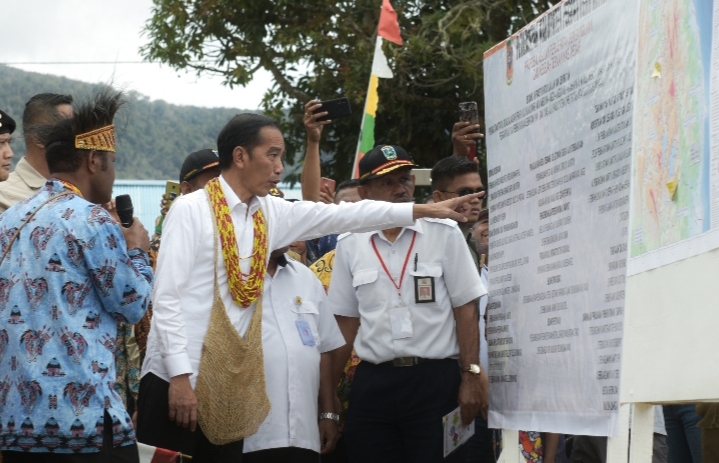 The President and the residents talked about a host of issues in the region.

“Pak Regent asked for immediate completion of road construction between Manokwari and the Arfak Mountains,” said the President.

Manokwari is the capital of West Papua province, one of the two provinces in the island of Papua with the other being Papua province.

According to the President, he will order his Cabinet to immediately complete the road construction; thus, produce from the Arfak Mountains such as carrots, potatoes, cabbage, leeks, garlic, and shallots can be sold in Manokwari.

The mountains are around 50.6 kilometers to the south west of the provincial capital.

In the meantime, to boost tourism in the region, the President added, facilities around Lake Anggi – a big lake in the province that consists of two lakes, namely Lake Anggi Gida and Lake Anggi Giji, deserves special attention so visitors both from Manokwari and from across the country can visit the lake to enjoy its beauty.

Regarding airport development, the President said the Arfak airport would also be completed within next two years.

“The airport is central for residents to be able to move forward,” the President said, adding the regent also mentioned the need for hospitals, community health centers (puskesmas), and traditional markets.

Regarding the issue of region expansion (pemekaran), the President said the Government has to put the proposal on hold as it is focusing on resolving several priority issues.

The President also expressed his excitement to be present among residents in the Arfak Mountains.

For the record, West Papua is the first province the President visits in his second term following his inauguration on 20 October.  (AIT/OJI/EN)