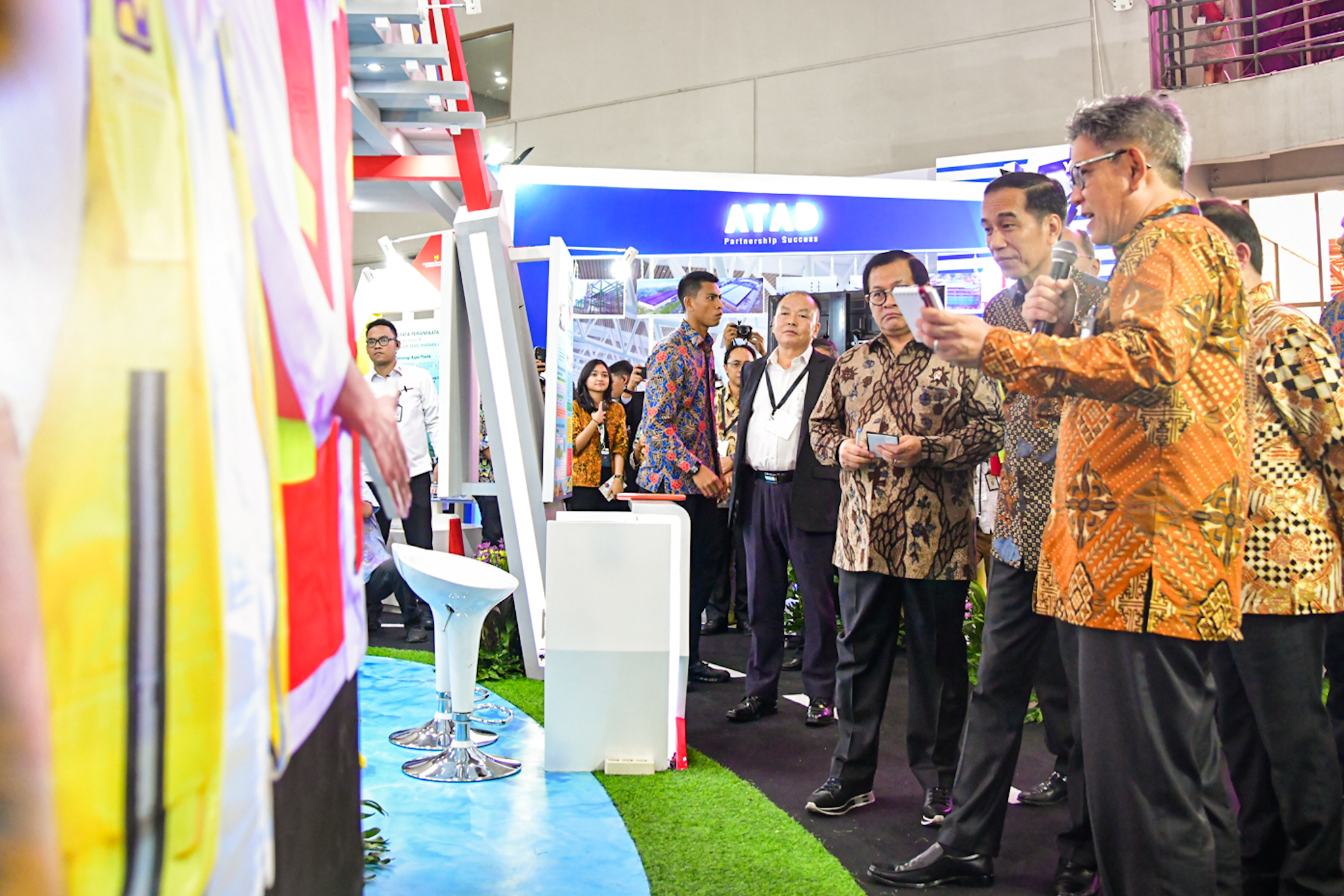 “Infrastructure development should not use too many imported goods and abandon national small and medium enterprises (SMEs),” President Jokowi said at the Opening of 2019 Indonesia Construction in Jakarta, Wednesday (6/11).

Therefore, the President urged entrepreneurs in the construction sector to collaborate with SME players so that they can improve their product quality which in the end will improve the quality of the people’s lives.

The Government, the President continued, has provided heavy equipment, steel supply, and various raw materials to support national production. Thus, the construction sector is expected to contribute more in narrowing down the current account deficit and the trade balance deficit, he added.

On that occasion, the Head of State also maintained that the success in infrastructure development highly depends on funding; yet, he stated that not all infrastructures are funded by the State Budget.

Therefore, the Government, he said, must find others financing scheme, such as Government Collaboration with Business Entities (KPBU), Government Non-Budget Investment Financing (PINA) and others.

As for regions with low Internal Rate of Return (IRR), the Government will step in, he added.

“I’ve said this on many occasions. Please offer (infrastructure projects) to the private sector first. If they refuse it, state-owned enterprises (SOE) may take over, particularly for projects in regions with low IRR. If the SOEs do not take it as well, the Government will,” President Jokowi said, while reminding the SOEs to provide opportunities for local construction companies to be involved the infrastructure projects.

President Jokowi also acknowledged he has received numerous complaints from local construction companies, saying that the SOEs take over all the projects.

He expressed hope that in the next five years, local companies will enjoy similar opportunities with the SOEs in developing the infrastructure, adding that only with a collaborative spirit, Indonesia will be able to catch up with other developed countries in infrastructure development. (MAY/TEG/AGG/ES)