Integrate the E-Government, the Government of Indonesia Cooperation with Singapore 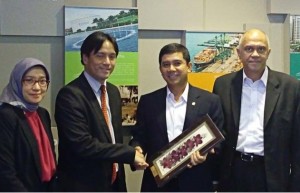 “In addition cooperation with South Korea, we want to explore Singapore, which is also be categorized as the best in e-government,” said Minister of PANRB, Yuddy Chrisnandi during a visit to Singapore on Tuesday (26/1).

Singapore is the third best country in developing e-government after South Korea and Australia. Since the 1980s, Singapore has implemented e-government with the application program of Alice for Cooperate (ACE), which helps the efficiency of time and cost of governance.

According Yuddy, e-government has made the people of Singapore easy to access directly the Government bureaucracy, including providing input to government policy.

“E-government is also utilized by the Government of Singapore to deliver the dissemination of real-time information to citizens, businesses, and government officials,” said Yuddy who was accompanied by Deputy of Institutional and Governance, Rini Widiyanti.