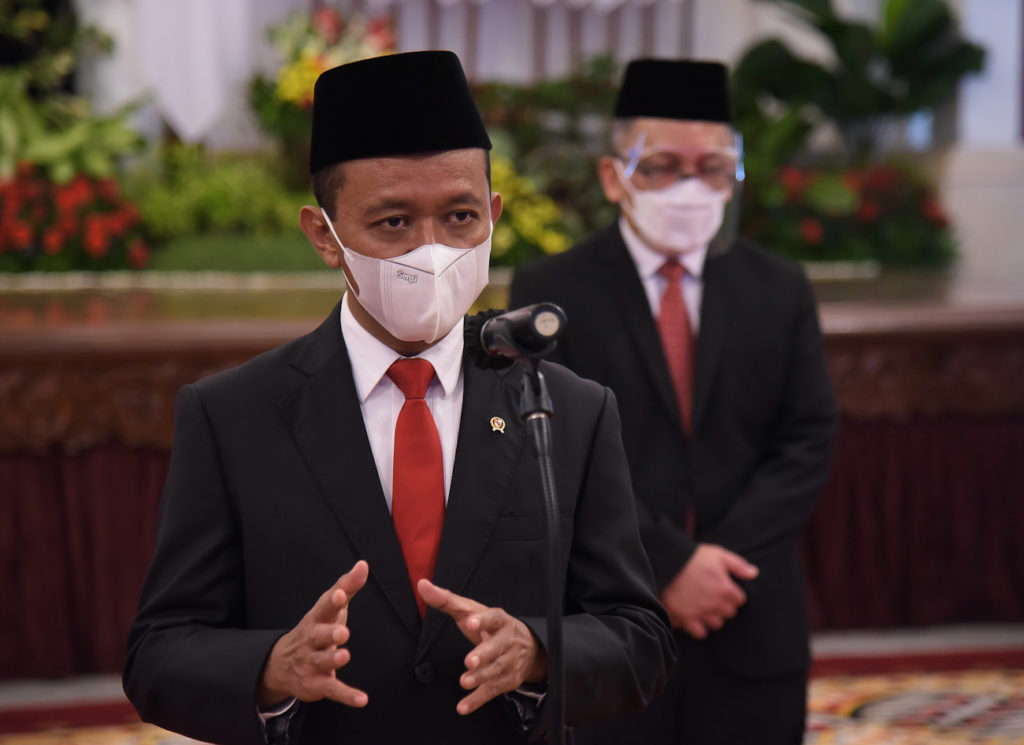 Ministry of Investment aims to synergize domestic and foreign investments both in central and regional governments, Minister of Investment/Head of the Investment Coordinating Board (BKPM) Bahlil Lahadalia said.

“Ministry of Investment will become a key point on how to connect/synergize, both domestic and foreign investments, both in regional and central government to become one door,” Bahlil said after his appointment as Minister of Investment, at the State Palace, Jakarta, Wednesday (28/04).

According to him, investment is an entry point in realizing the focus of the Government’s second vision and mission, namely improving the economy and human resources. “Therefore, reforming the regulations like we did yesterday through the Job Creation Law, I think this is one of the duties that we will perform well in the future,” he said.

The Minister also mentioned that, in accordance with the President’s directives through the Job Creation Law, withholding investors’ permits means holding back national economic growth.

In addition, obstruction of investment also means holding back job opportunities, sources of state revenue, and inhibiting an increase in the Ease of Doing Business (EoDB) ranking.

Creating jobs is one of the toughest tasks and investment is the entry point. “We know that 60 percent of our national economic growth comes from the consumption sector and 30 percent from the investment sector. And the (investment sector) plays an important role because we have to prepare 16 million jobs for the people,” he said.

For this reason, the Ministry will increase quality investment, both foreign and domestic investments as well as undertaking efforts for equitable investment growth in Indonesia.

“What we are doing today is to increase quality investment, both foreign and domestic investments as well as to implement equal distribution of investment growth between Java and other islands. Because the President always sees Indonesia as a large area, not only focusing on one island,” Bahlil said.