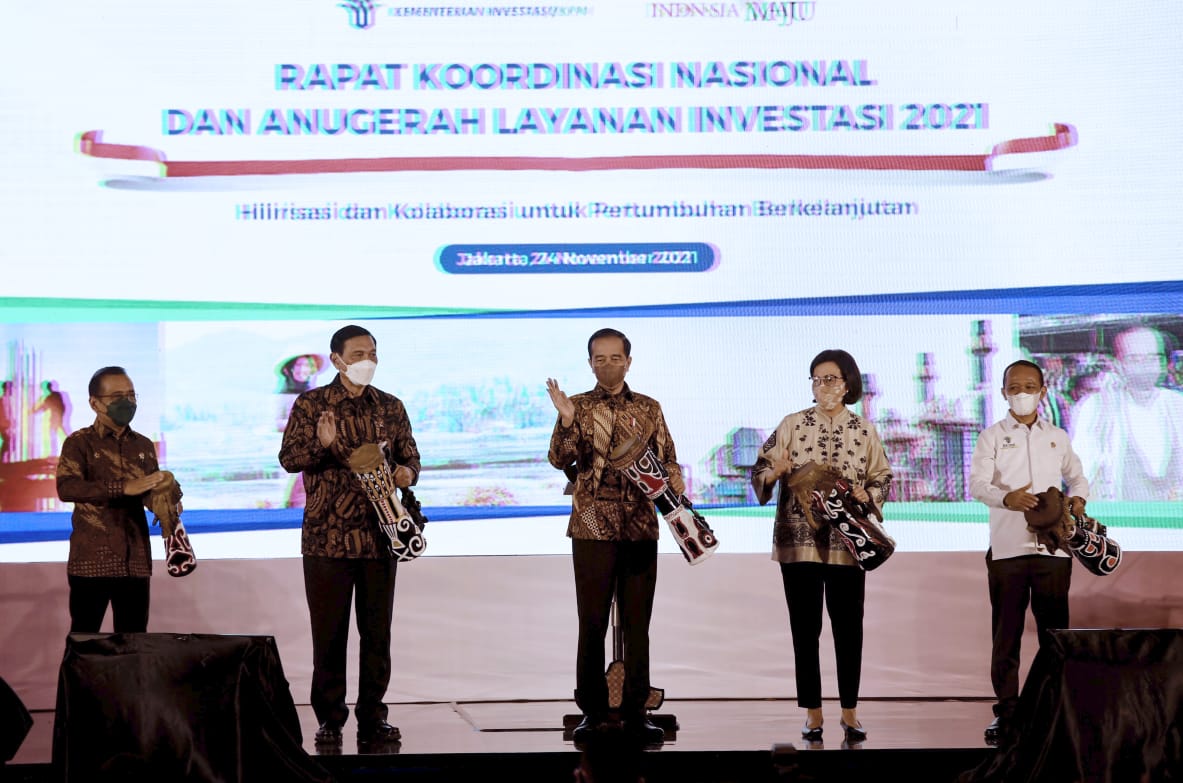 The national economy has been hit hard by global uncertainties; therefore, investment realization is of particular importance because it serves as an anchor for economic recovery, President Joko “Jokowi” Widodo has said.

“Investment is an anchor for economic recovery because if we focus too much on the State Budget, we will see a deficit,” the President said during the inauguration of the 2021 National Coordination Meeting and Investment Service Award at Ritz-Carlton Hotel in South Jakarta on Wednesday (24/11/2021).

On that occasion, the Head of State appealed to all his ranks to provide the utmost public service for all investors without any exception.

President Jokowi went on to say that ease of licensing is one of the Government’s services for investors, adding that the presence of investors has greatly affected community’s purchasing power, resulted in an increase in community consumption, and an improvement in Indonesia’s economic growth.

Furthermore, President Jokowi underscored that the investment currently needed by Indonesia is the investment of finished goods or semi-finished goods. It aims to obtain more added value that brings an impact on Indonesia’s economic growth, national income, and community’s purchasing power.

Indonesia’s economy, the President continued, previously based on raw materials from the natural resources must be shifted in stages to semi-finished goods, finished goods, adding that, it becomes an industry that encourages more added value. (Presidential Secretariat/UN) (AP/MUR)