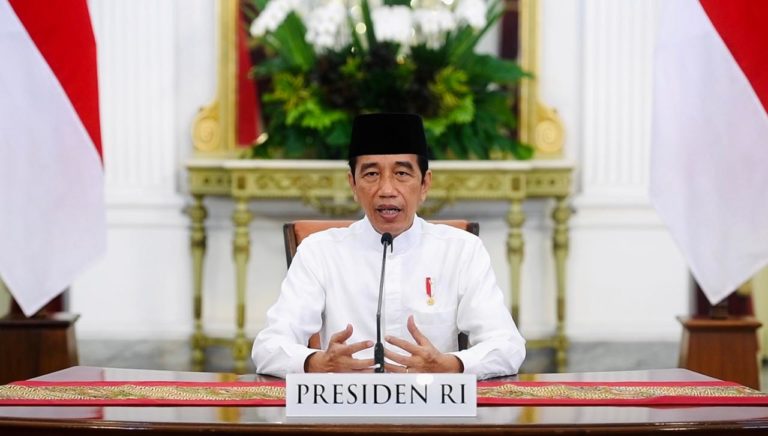 The adjustments in various community activities due to the ongoing COVID-19 pandemic are forms of ikhtiar (efforts) to improve the current situation, according to President Joko “Jokowi” Widodo.

“This is a form of good effort. This is one of the examples of hijra (migration) taught by the Prophet Muhammad. Self-awareness to be better in life, self-awareness to make sacrifices for the greater good, self-awareness to build a new culture of life more useful and productive,” the President said in his remarks at the Commemoration of the Islamic New Year of 1 Muharram 1443 Hijri, which was uploaded on Monday (9/8).

The President expressed hope that this year’s Islamic New Year which coincides with the month of Indonesia’s independence can multiply outward and inward efforts to fight against the COVID-19 pandemic.

“The proclamation (of independence) on 17 August 1945 that happened 76 years ago was a form of our hijra to break free from colonialism, to become an independent and sovereign nation. We must make the most of this momentum to multiply our physical and non-physical efforts to combat the pandemic,” he said.

According to the Head of State, the pandemic has also given valuable lessons that can be taken from the struggle of the Prophet Muhammad (Peace and blessings of God the Almighty be upon him) during hijra from Mecca to Medina so that Islam began to grow rapidly, spread widely, and became the most respected religion in the Arabian Peninsula.

In order to achieve the goal, it takes sacrifice to leave anything that may hinder progress, it also takes togetherness, courage, and solidarity to tackle any threats.

“The differences in social and cultural backgrounds should become strengths. The success of Muslim brotherhood comprising of the Muhajirin and Ansar groups during the Prophet’s da’wah (Islamic preach) struggle is uswah, an example worth imitating,” he added.

The President went on to say that the compliance of Muslims in observing health protocols by wearing masks, maintaining a safe distance, and limiting mobility has reflected the spirit of hijra in daily behaviors.

“All of these necessary measures aim to avoid further COVID-19 infections, for the sake of mutual safety and health, as well as to build a healthier lifestyle and leave unhealthy habits,” the President said.

On that occasion, all Muslims were invited to continually strengthen ukhuwah islamiah (Islamic brotherhood), ukhuwah wathaniah (national brotherhood), and ukhuwah basyariah (humanity brotherhood). The President also urged the public to improve their attitude of religious moderation, tolerance, inclusiveness, and ta’awun or the attitude of helping other Muslim fellows.

“Do spread the values of Islam as ​​Rahmatan lil alamin (a blessing for the universe). Emulate the Prophet’s characters by teaching togetherness and tolerance and avoiding hate speech,” he said.

At the end of his remarks, the President also expressed appreciation to masyayikhs (Muslim figures), ulemas, Muslim scholars, habeeb, and all leaders of other religious communities who have helped and cooperated with the Government, and continue to pray and provide spiritual support for the safety of the nation and country.

“Let’s enter the new year with hope, prayer, and faith. May Allah SWT always bless and protect the Indonesian people, save us from various outbreaks and dangers,” he remarked. (Presidential Secretariat Press Bureau/UN) (RIF/MMB)