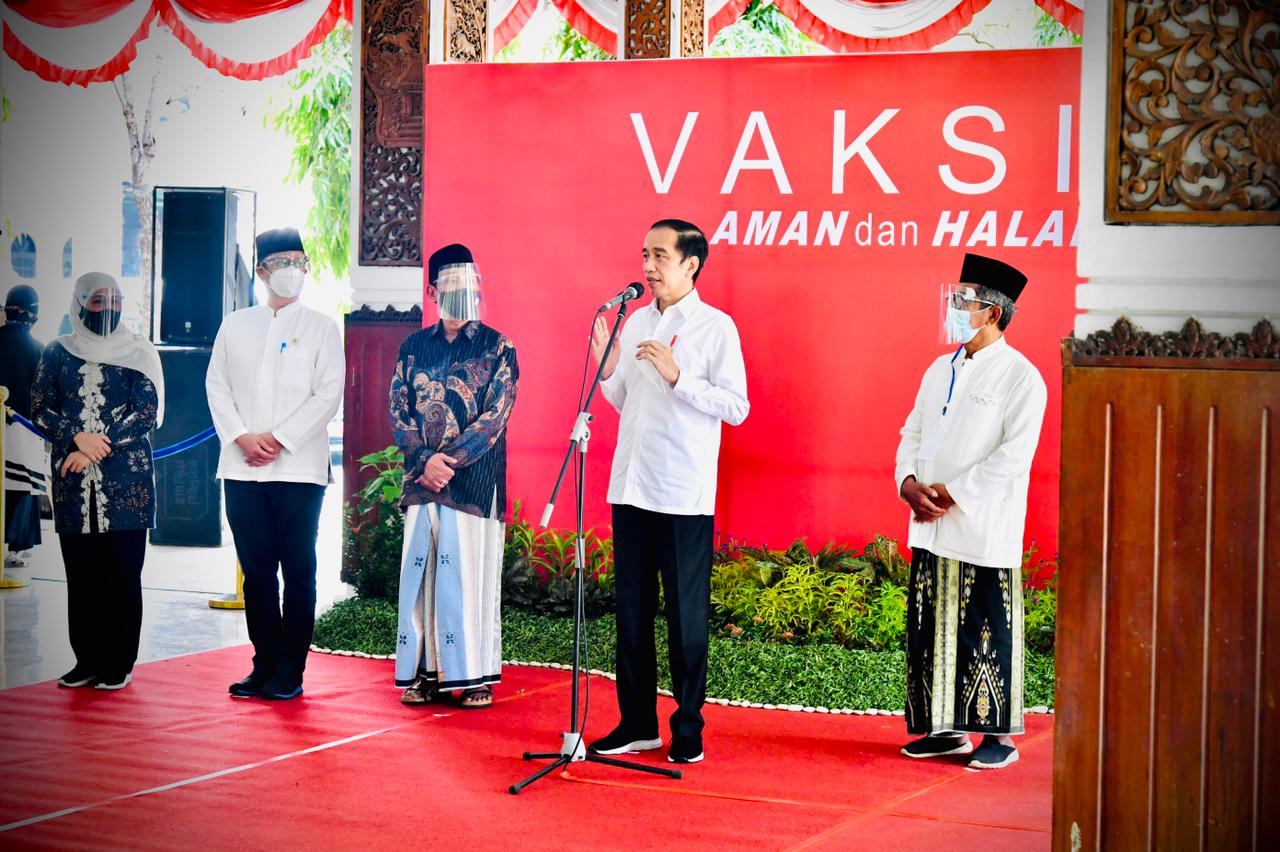 President Joko “Jokowi” Widodo Monday (22/03) stated that he already met with representatives from East Java Ulema Council of Indonesia (MUI) and religious leaders, Islamic boarding school leaders kiai in the province to hear advices on the use of AstraZeneca vaccine.

“They (kiai) told me that East Java province were ready to secure AstraZeneca vaccine that will be immediately used for vaccination at Islamic boarding schools. I think that we have appreciate that,” President Jokowi said at regency hall Pendopo Delta Wibawa in Sidoarjo regency.

The President also said he had ordered Minister of Health Budi Gunadi Sadikin to distribute those vaccines all over the province and in other provinces well.

Hasan expressed belief that this vaccination program could protect the community and that there is no government that does no good to its citizens.

“We would like to Mr. President if the Islamic students, religious leaders, religious teacher, and Quran reciters could immediately get vaccinated with this AstraZeneca vaccine and we are grateful. Hopefully it can later be followed by other components in the society,” Hasan said. (FID/UN) (AP/EP)