Islamic Students Association Must Be at Forefront in National Development, President Jokowi Says 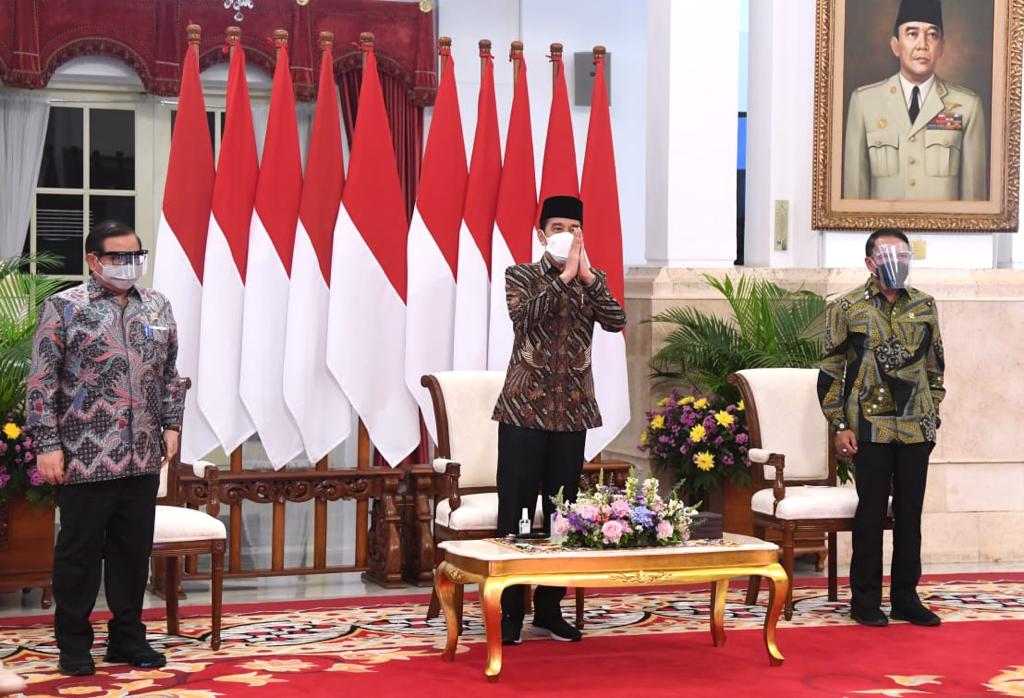 The Islamic Students Association (HMI) must be ready to be in the forefront in national development that will shape Indonesia into a more respected, developed, and prosperous nation, according to President Joko “Jokowi” Widodo.

The President made the statement during the inauguration of the 31st Congress of the HMI virtually from the State Palace in Jakarta, Wednesday (17/03).

“I believe the HMI can spearhead national development and be more active in preparing (and) creating excellent human resources, generate and create future leaders who will make the nation ready to compete in the current hyper-competition era, and move forward, become a winner, and be confident that HMI can do it,” he remarked.

According to the President, the HMI has birthed many religious and national leaders.

“I know the HMI as an organization that has produced religious and national leaders from different educational backgrounds with expertise in extensive and various fields,” he said.

The President added that a number of HMI figures also assist him in running the Government with Vice President Ma’ruf Amin.

Nevertheless, the President reminded all HMI members not to be stunned by past glories, adding that its great potential, the HMI must realize the ideals of the founding fathers to align Islam and Indonesia with the spirit of reform, to strengthen national unity in diversity, and to become a pillar to support national integration.

The Head of State also expressed hope that the organization can grow as the era changes and be adaptive to changes that occur.

“The HMI must grow as the era changes, be adaptive to changes, be responsive to new realities, and adjust with the rapid flow of disruption and changes,” he said.

Amid the disruption era with rapid changes and greater challenges, the President added, the HMI must be ready and smart in surmounting all of those changes.

“We must always hone our sensitivity, be adaptive to changes and agile in facing changes, be quick in making decisions, and be quick and smart in taking actions,” he said.

The President closed his opening remarks by appealing to HMI members to play their role in various collective efforts made for the nation, including in overcoming the pandemic.

“Keep building collaborations in all important agendas for national development, including in the efforts to overcome the pandemic and its impacts, as well as in helping the people who are having a hardship, in building optimism, and in building hope so that our country immediately recovers and bounces back from the pandemic,” he said.

Also attending the congress inauguration from the State Palace were Cabinet Secretary Pramono Anung and Minister of Youth and Sports Zainudin Amali.

For the record, the 31st Congress of the HMI was held in the East Java provincial capital of Surabaya and attended by Coordinating Minister for Political, Legal, and Security Affairs Mahfud MD and Governor of East Java Khofifah Indar Parawansa. (DND/UN) (DH/EP)