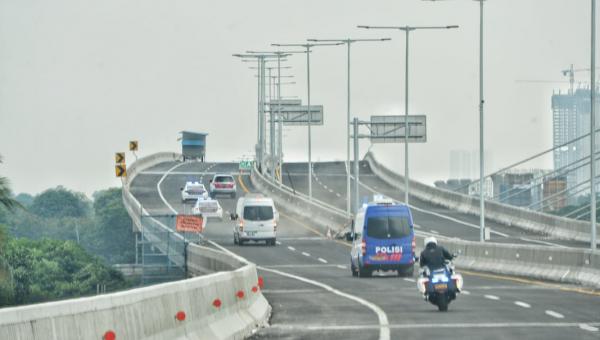 The operation of the toll road was initially set on 15 December but it was delayed until 20 December due to several unfinished construction works.

“We have to finish some works, including repairing uneven concrete surfaces for the comfort of road users. 20 of December will also see traffic peak period of this year’s Christmas and New Year’s holidays,” Budi said after inspecting Jakarta-Cikampek II Elevated Toll Road, Sunday (8/12).

The Minister added that by far the toll road only serves for Class I vehicles (non-bus) and it will be free of charge.

The maximum speed limits on Jakarta-Cikampek II Elevated Toll Road is 60–80 km/h and the speed monitoring will be supported with Electronic Traffic Law Enforcement system, he added.

“We have installed CCTV cameras in several spots. Motorists who exceed speed limit will be imposed with sanction at the exit toll gate. We also will assign police officers every 4 km,” he said, adding that elevated toll road will be on commercial operation in January or February 2020 after coordination with Minister of Public Works and Public Housing.