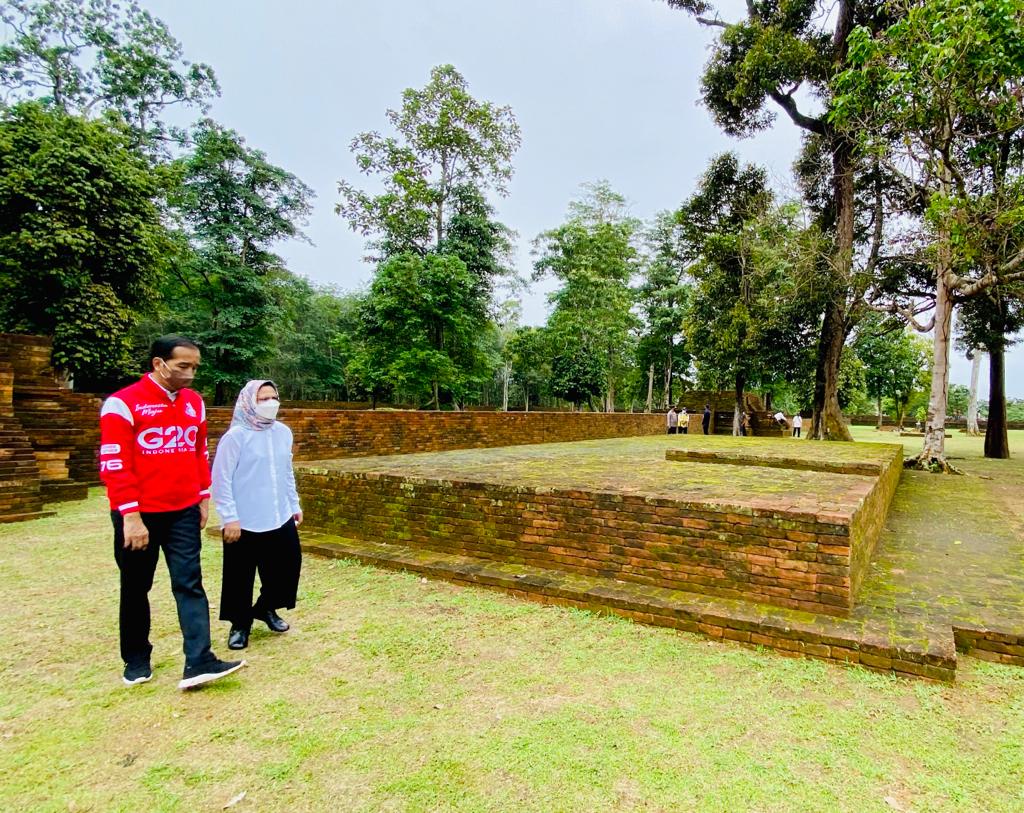 Historic areas which have traces of civilization must be preserved, according to President Joko “Jokowi” Widodo.

“This is historical evidence that we need to preserve so that the traces of our civilization are well taken care of,” said the President during a visit to Kedaton Temple in the Muaro Jambi National Cultural Heritage Compound (KCBN) in Muaro Jambi regency, Jambi province, Thursday (04/07).

The President added that the temple, which was formed from piles of bricks, was located in an area which was the largest educational center in Asia back in the 7th century.

Therefore, the President said that Indonesian civilization at that time was widely known.

“It was not only related to theology. It was also a center for education for medicine, philosophy, architecture and others,” he said.

The President also said that Ministry of Education and Culture will resume restoration at several points and show the public of how vast the cultural heritage area is.

“We hope that it will further show how huge the Muaro Jambi cultural heritage area is. With an area of approximately 3,980 hectares, it is estimated that this area is surrounded by a large canal, which will also be repaired, restored,” said the President.

For the record, Muaro Jambi National Cultural Heritage Compound is ​​twenty times larger than the compound of Borobudur Temple and twice as large as the Cambodia’s Angkor Wat Temple Compound.

The local community believes that the compound is a cultural heritage in the past that must be respected and preserved from generation to generation.

There are eleven main temples found in the compound, with some of them have been renovated. However, it is estimated that there are 82 other temple ruins that are still buried underground. (TGH/UN) (EST/EP)