Japanese PM Says He’s Happy to be in Indonesia 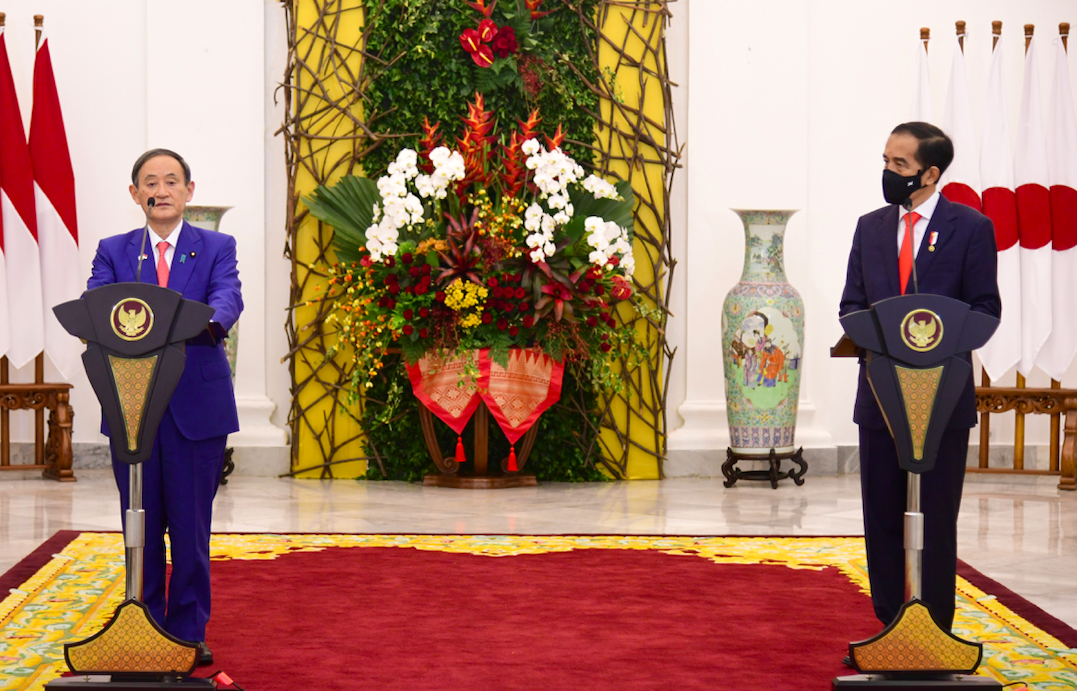 The newly inaugurated Japanese Prime Minister Yoshihide Suga said he is pleased to be able to visit Indonesia.

“I am very pleased to be able to visit Indonesia, the largest country in ASEAN, on my first overseas trip after being sworn in as Prime Minister,” he said in a joint press statement with President Joko “Jokowi” Widodo on Tuesday (20/10) at Bogor Presidential Palace.

“I would like extend my utmost gratitude to President Joko “Jokowi” Widodo for the warm welcome and hospitality in welcoming us at Bogor Presidential Palace,” he said.

According to him, Japan is committed to contributing to regional peace and prosperity, adding that ASEAN plays an important role in promoting efforts to achieve a free and open Indo-Pacific.

“Japan fully supports the ASEAN Outlook on the Indo-Pacific initiated by Indonesia for adoption,” he said.

The Japanese Government, he added, has also renewed its commitment to increase disaster management capacity in Indonesia, particularly to mitigate the impact of the COVID-19 pandemic.

“Japan will push for cooperation with health assessment institutions in Indonesia,” he added.

During the bilateral meeting between the two leaders, he said the two countries have also agreed to resume activities for business people, nurses, and caregivers under the framework of the Japan-Indonesia Economic Partnership Agreement (JIEPA).

“We have agreed to closely coordinate to resume activities immediately on the ground of business purposes for short term by relaxing self-isolation measures for 14 days upon entry of destination country,” he said.

On regional issues, the Prime Minister said that the two countries have also agreed to work closely.

“Japan will join hands with Indonesia for regional peace and prosperity based on the strategic partnership between our two countries strengthened by my visit to Indonesia this time,” he said. (DND / UN)