Japanese PM Wraps Up His Visit to Indonesia 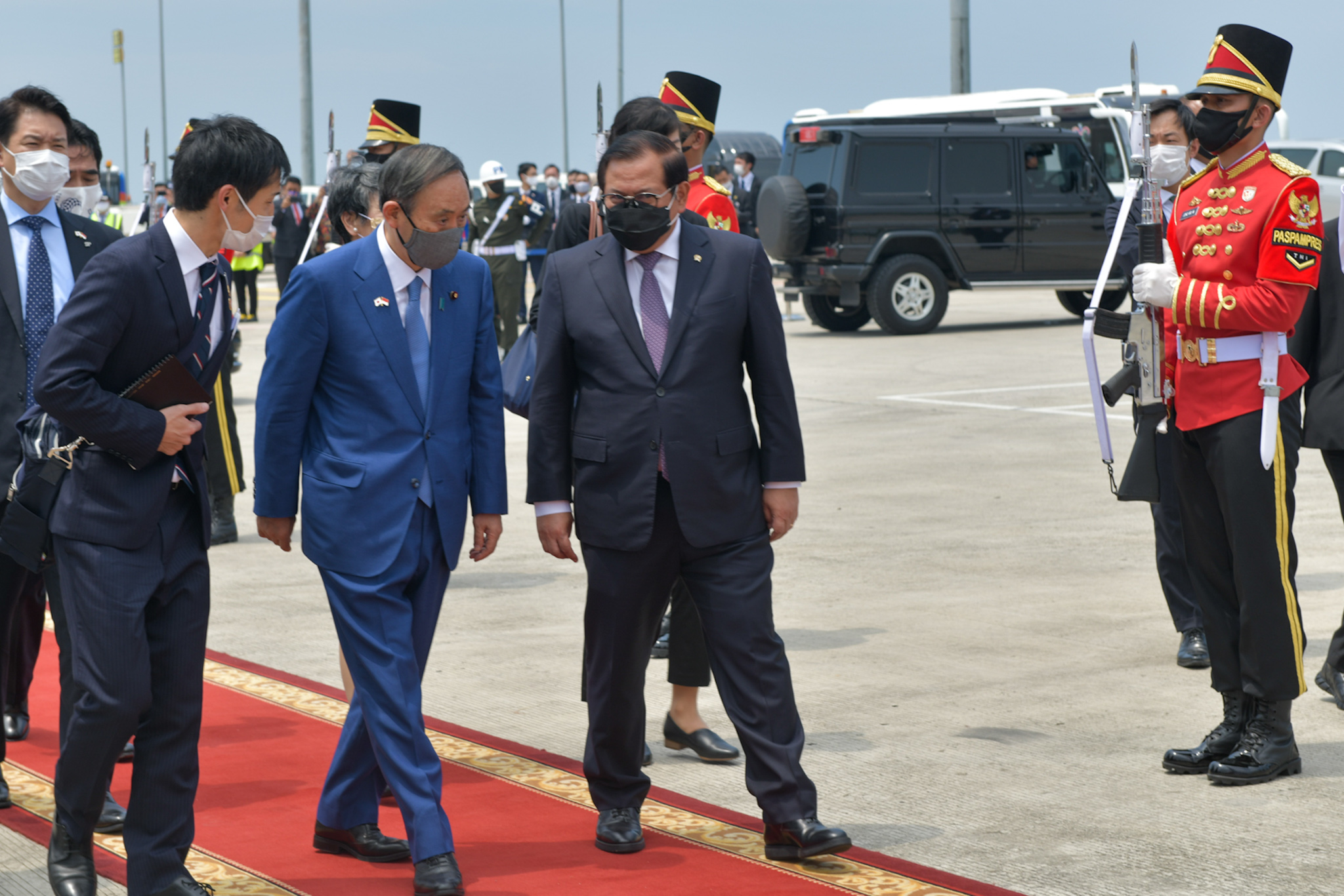 On Wednesday (21/10), Japanese Prime Minister Yoshihide Suga wrapped up his visit to Indonesia.

A bilateral meeting was also held between the two countries. A number of agreements were made at the meeting, including cooperation in managing the COVID-19 pandemic, establishment of a Travel Corridor Arrangement (TCA) for essential business trips, efforts to strengthen cooperation in the economic sector, and Indonesia-Japan partnership in strengthening multilateral cooperation.

In a joint press statement with President Jokowi, Monday (20/10), the Prime Minister said that this visit to Indonesia was his first overseas trip since taking office last September.

“I am very pleased to be able to visit Indonesia, a big country in ASEAN, on my first overseas trip after being sworn in as Prime Minister,” he said.

The Prime Minister also expressed appreciation to President Jokowi and First Lady Ibu Iriana for the warm welcome. “I would like to extend my highest gratitude to President Joko Widodo for the sincerity and hospitality in welcoming us at the Bogor Presidential Palace,” he said. (FID/UN)