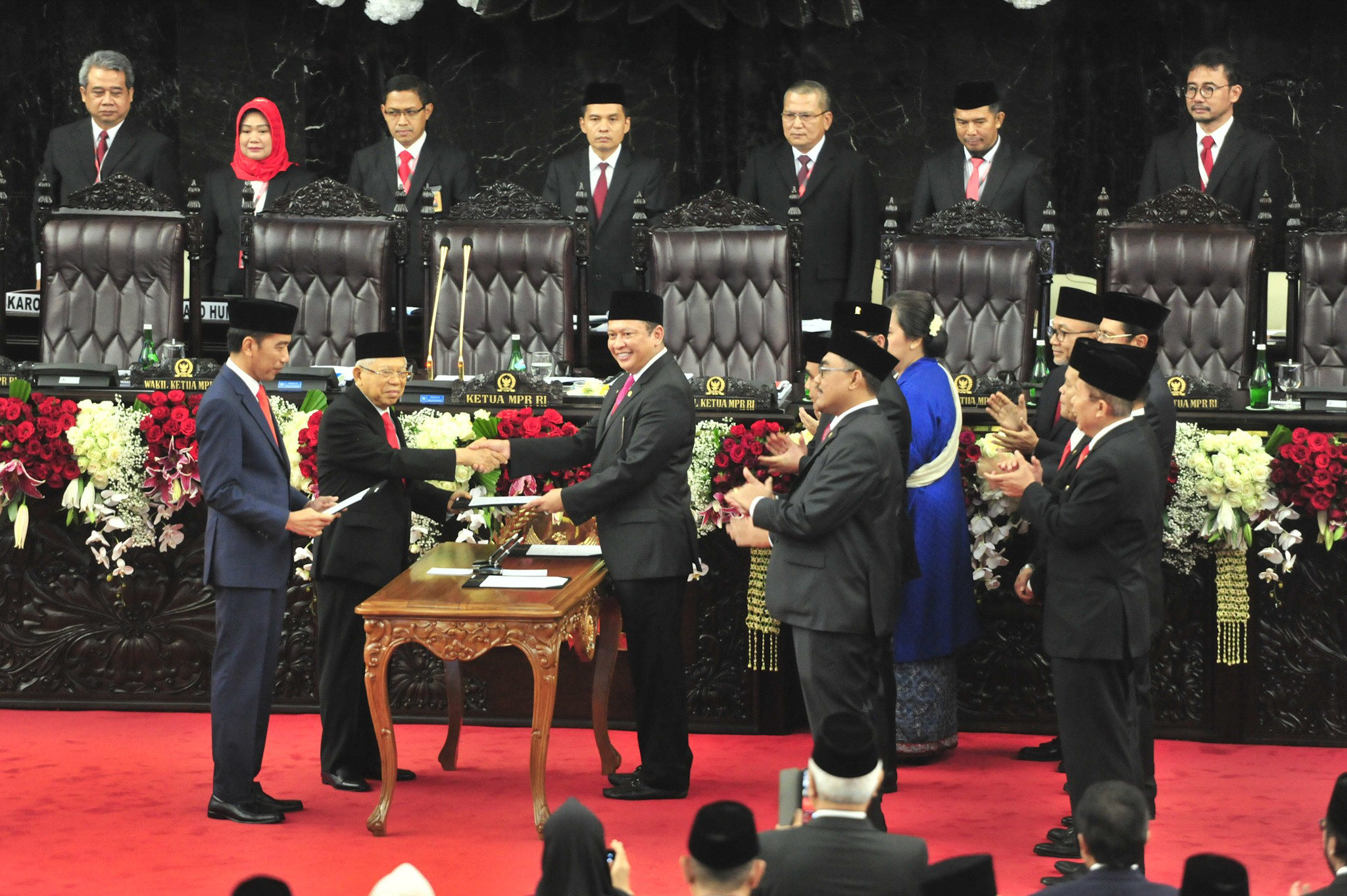 Joko “Jokowi” Widodo and Ma’ruf Amin were officially inaugurated as President and Vice President of the Republic of Indonesia for 2019-2024 period after the pair took an oath of office in Jakarta, Sunday (20/10).

The ceremony, which is led by Speaker of the MPR Bambang Soesatyo, proceeded in a simple and solemn manner. The procession started by the singing of national anthem Indonesia Raya, followed by a moment of silence.

Afterwards, the Speaker, accompanied by nine vice speakers of the MPR, delivered his opening remarks and read out the excerpt from the General Election Commission (KPU) regarding the appointment of Joko Widodo and Ma’ruf Amin as President and Vice President of the Republic of Indonesia for 2019-2024 term.

Jokowi was the first to recite the oath of office as President of the Republic of Indonesia, followed by Ma’ruf Amin.

“Bismillahirrahmanirrahim. I swear by God to fulfill the duties of President of the Republic of Indonesia in the best and the fairest way possible, to uphold the Constitution by all means, and to follow all Laws and regulations as straightforward as possible, and to dedicate myself to the state and the nation,” Jokowi said.

Ma’ruf went next, read the same oath for his duties as the Vice President.

Both figures then signed the Minutes of Inauguration.

Afterwards, President Jokowi delivered the inauguration speech, followed by a prayer read by the High Priest of the Istiqlal Grand Mosque Nasaruddin Umar and a closing remarks by Bambang Soesatyo.

The inauguration marked the start of Jokowi’s second and final term in office after winning April’s presidential race. According to the KPU’s official count, Jokowi-Maruf pair secured 55 percent of the votes, defeating Prabowo-Sandiaga pair who secured 45 percent of the votes. (MPR Team/ES)