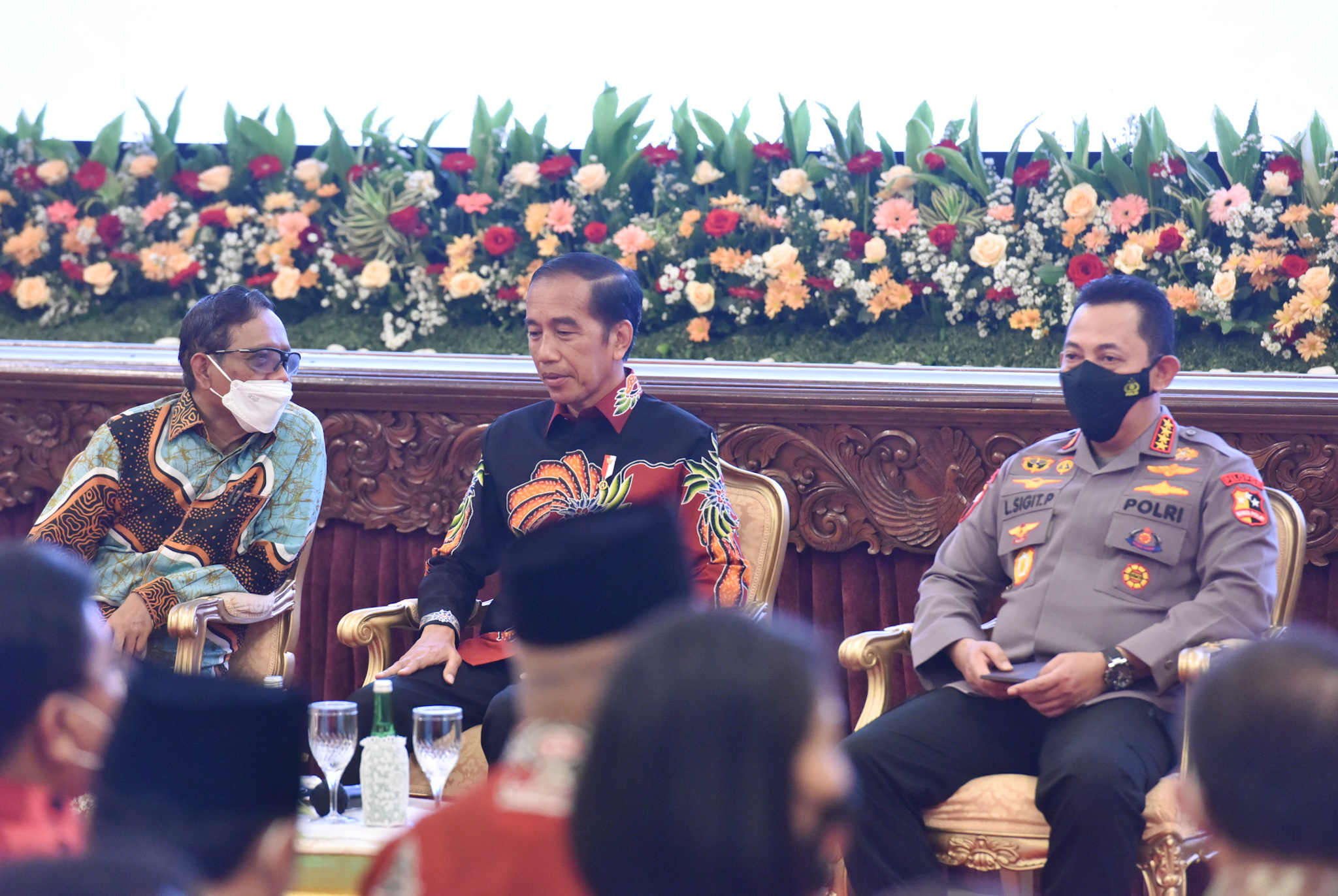 The newly established Independent Fact-Finding Team (TGIF) for Kanjuruhan football tragedy Friday (10/14) handed over report on the results of investigation and recommendation to President Joko “Jokowi” Widodo at the Presidential Palace Complex in Jakarta.

The announcement was made by Coordinating Minister for Political, Legal, and Security Affairs Mahfud MD who also serves as Head of the TGIF after attending the meeting with the President.

“We have reported all the finding and the recommendation to the President, as well as to Minister of Public Works and Public Housing, Minister of Youth and Sports, and Minister of Heath.  The investigation report consists of 124 pages,” Mahfud said.

For the record, the report was properly prepared based on an investigation carried out by visiting and interviewing several people and obtaining supporting evidence that became the subject of the team’s analysis.

The report will also be a consideration for carrying out transformation in sports sector, especially football, in Indonesia, he added.

On legal responsibility, the Indonesian National Police (Polri), Mahfud said, is recommended to continue the investigation of criminal acts against suspected persons involved and who are responsible for the tragedy.

On moral responsibility, related parties are recommended to take steps needed as a form of responsibility for the Indonesian people.

Mahfud further said that the report states that elated stakeholders avoid their responsibility and find protection from formal legal rules and contracts.

To that end, the TGIF underscored that the Indonesian Football Association (PSSI) must hold responsibility for the tragedy. (MAY/UN) (AP/EP)