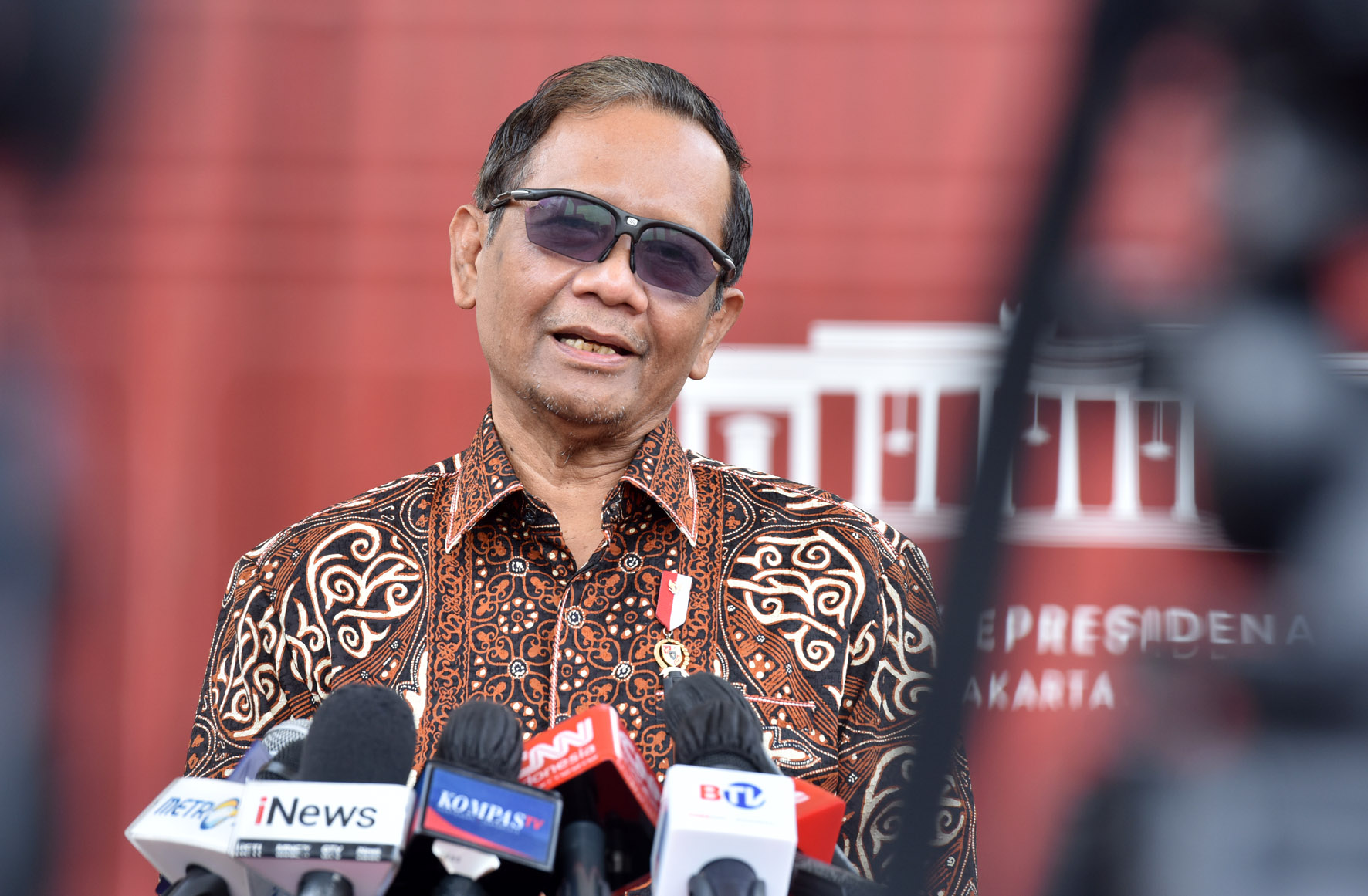 Coordinating Minister for Political, Legal, and Security Affairs Mahfud MD as Head of the Independent Fact-Finding Team (TGIPF) for Kanjuruhan football tragedy underscored that the team will shortly report the results of investigation and provide recommendations regarding the tragedy.

“Our team will report on Friday, the day after tomorrow. Right now, we have all the materials and that remains is to restructure the systematics and sharpen the recommendations,” Mahfud MD said at the State Palace, Jakarta, Wednesday (10/12).

Mahfud also stated that President paid great attention to the tragedy. Recommendations from the team will play a part in determining measures to transform the Indonesian football to prevent similar incidents, which will be carried out in collaboration with the International Federation of Football Association (FIFA).

“The President has asked. He is very serious about the Kanjuruhan football tragedy in Malang. ‘How are the findings? I’m waiting’, the President asked. This is to soon determine the next steps with FIFA, as they will visit next week, their advance team,” Mahfud said.

Previously, the President on Monday (10/03) ordered that the tragedy be thoroughly investigated. The President also underlined that those who have been proven guilty must be given sanctions.

The President has also ordered all of his administration to deal with the tragedy. “I think my orders are clear to the Coordinating Minister for Political, Legal, and Security Affairs, to the National Police Chief, to the Minister of Youth and Sports,” said the President.

Regarding the Kanjuruhan tragedy, the Indonesian National Police has named six suspects. The initials of the six suspects are as follows: AHL (President Director of the competition organizer PT LIB), AH (the head of the executive committee for the match), SS (a security officer), WSS (the head of the operational division of Malang Resort Police), H (East Java Regional Police’s Mobile Brigade), and BSA (Malang Resort Police’s public order unit). (FID/UN) (FI/MMB)