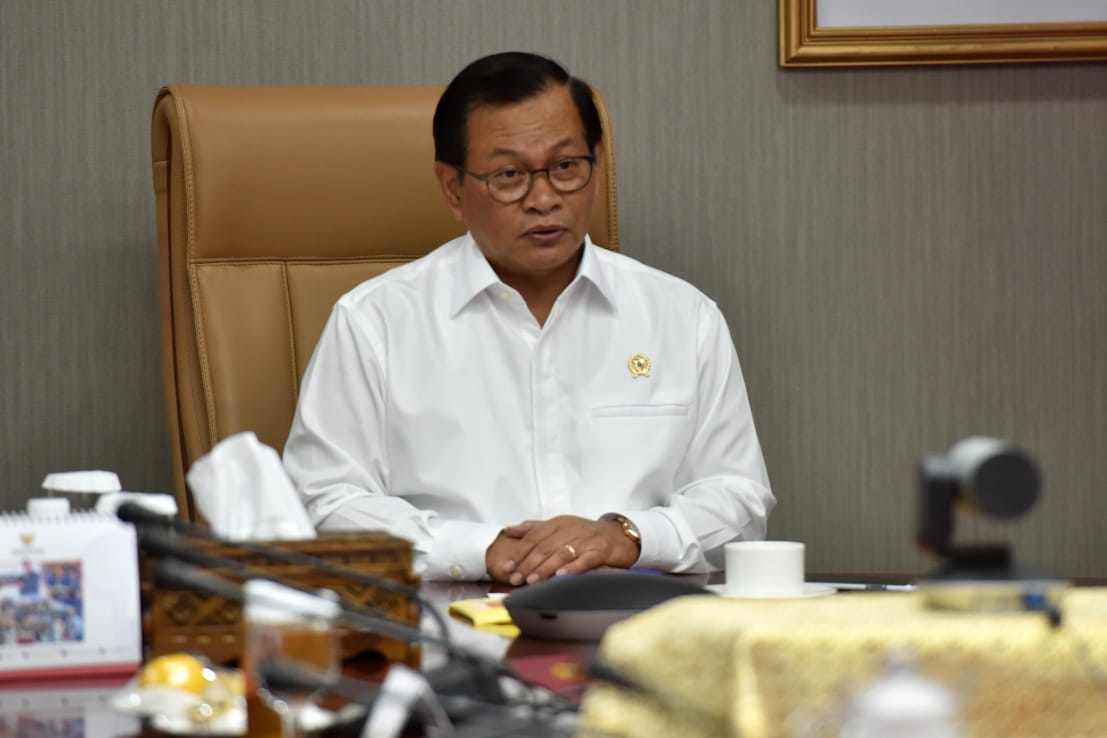 Cabinet Secretary Pramono Anung on a video conference for a meeting to initiate the construction of new Kediri airport, Wednesday (15/4).

Indonesia announced the construction of Kediri airport, the first airport built by the private company.

“I initiated the construction of the airport in Kediri together with Pak Sutrisno, the husband of the current Regent of Kediri, but it has not been successful. And thank God,  PT. Gudang Garam Tbk. then initiated it,” Cabinet Secretary Pramono Anung said on a video conference from his office in Jakarta, Wednesday (15/4).

Previously, Governor of East Java Khofifah Indar Parawansa stated that the aim of the provincial government was to develop equal treatment and equitable welfare for the people of northern and southern East Java.

Furthermore, the Governor said that transportation access and all connectivity that will be built through the Kediri airport will open connectivity between the agro sector and maritime sector points in southern East Java.

“Therefore, we hope that the development of the Kediri airport will be in line with the PSN, the National Strategic Program in Selingkar Wilis and the Southern Ring Road,” she said.

If the access is established, she stated, the agro and maritime sectors can be improved quantitatively and qualitatively.

“Therefore, we hope that after the initiation of the construction today, we ask PT. Gudang Garam to also conduct vocational training,” she said.

In line with the Governor, the Cabinet Secretary also stated that the airport will open access to southern East Java. “On this occasion, I ask Minister of Public Works and Public Housing to carry out the development of toll road which connects Kertosono and Tulungagung. I believe the Governor will agree,” he said. (HIM/EN)