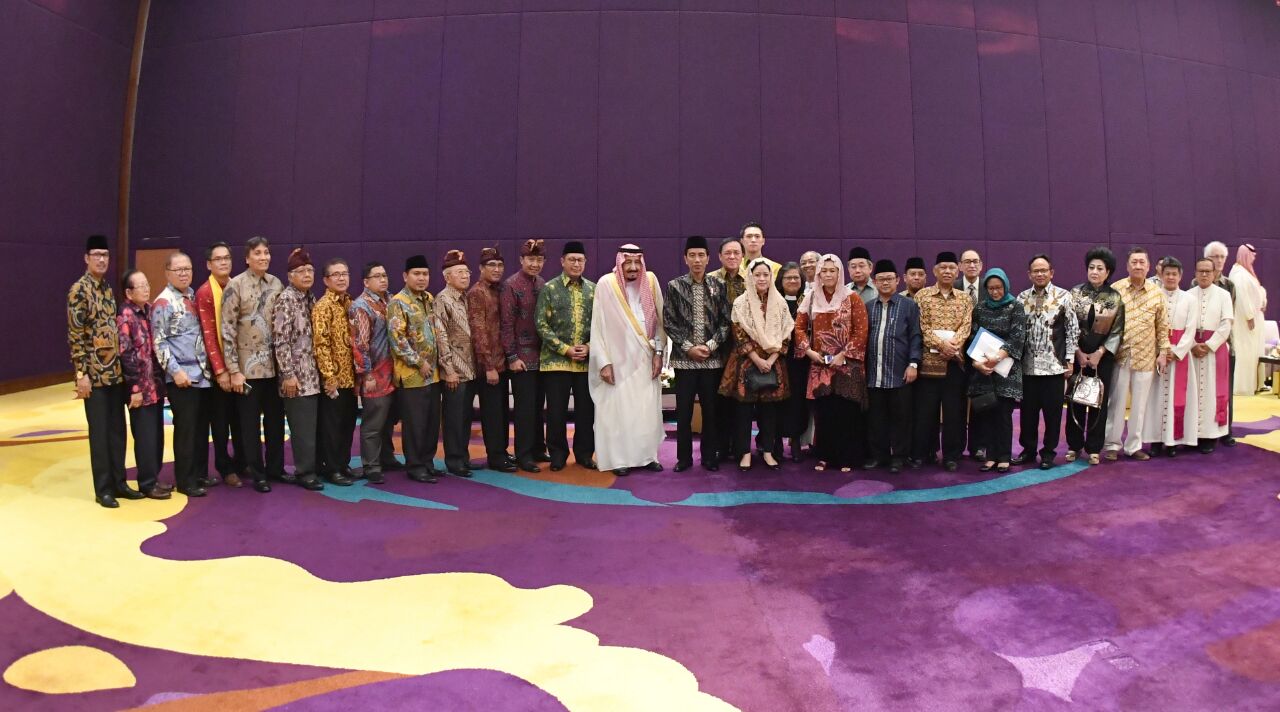 Stability in Indonesia is the fruit of the spirit of tolerance and coexistence among its people of all stripes. We should always offer hands among religious believers in order to strengthen the values of tolerance, the King said during an interfaith dialog which was held at Raffles Hotel, Kuningan, South Jakarta, Friday (3/3).

The King, also known as the guardian of Islams two holy shrines, also called on everyone attending the dialog to actively maintain peace and stressed the importance to fight all forms of radicalism and extremism that are getting rampant.

All religions attempt to protect human rights and the happiness of the people. So, it is important to fight against radicalism and extremism, the King said.

Your Majesty King Salman bin Abdul Aziz Al Saud, those attending the dialog are representative from Islam, Catholic, Protestant, Hindu, Buddha, and Konghucu. They are the representation in Indonesia, the President said.

The President also said that those figures become one of the pillars in creating harmony inIndonesia and the harmony, the President said, serves as the foundation for the unity in Indonesia so far.

Religious figures attending the dialog were: