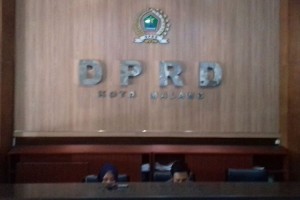 The Corruption Eradication Commission (KPK) has named 41 out of 45 members of the Malang Legislative Council (DPRD), suspects in a case of bribing in stipulating draft of regional government regulations (Raperda) on the amendment to the 2015 Regional Budget (APBD).

Apparently 19 suspects have been detained by the KPK and it raises concern that Malang Legislative Council (DPRD) will not be able to hold a session as the Council can not meet the quorum.

In that consideration, Minister of Home Affairs Tjahjo Kumolo asserted that the Government will not issue a Government Regulation in Lieu of Law because the existing law has regulated that matter.

I think I need to stress on this issue, that administration of (Malang regional government) must be carried on without any obstacles, Tjahjo told the reporters at a doorstop interview, at the KPK office, Jakarta, Tuesday (4/9).

Tjahjo said that he came to the KPK office to have a consultation with this institution because  a lot of members of the DPRD become suspects in bribery case, as happened in Malang and North Sumatra.

Previously, the Minister admitted that Ministry of Home Affairs has issued discretion on the fact that most of members of the Malang DPRD have been named suspects and detained by the KPK.

As quoted in Kompas, Tuesday (4/9), the Ministry has issued three discretions so that the governance in Malang remains on track.

First, the Governor will act as a representative of the Central Government in the deliberation of General Budget Policies and Provisional Budget Ceiling and Priorities (KUA-PPAS) of the APBD.

For the record, Malang Acting Mayor Wahid Wahyudi began a correspondence with Ministry of Home Affairs regarding Malangs latest condition. He also asked directives from the Ministry to anticipate government shutdown in Malang.

So we will not make wrong decision, Wahid said adding that besides the suspects, there are only 26 members of Malang DPRD, while at least 30 members must be present in the Plenary Session in order to meet the quorom. (*/Puspen Kemendagri/ES) (RAS/MMB/Naster)