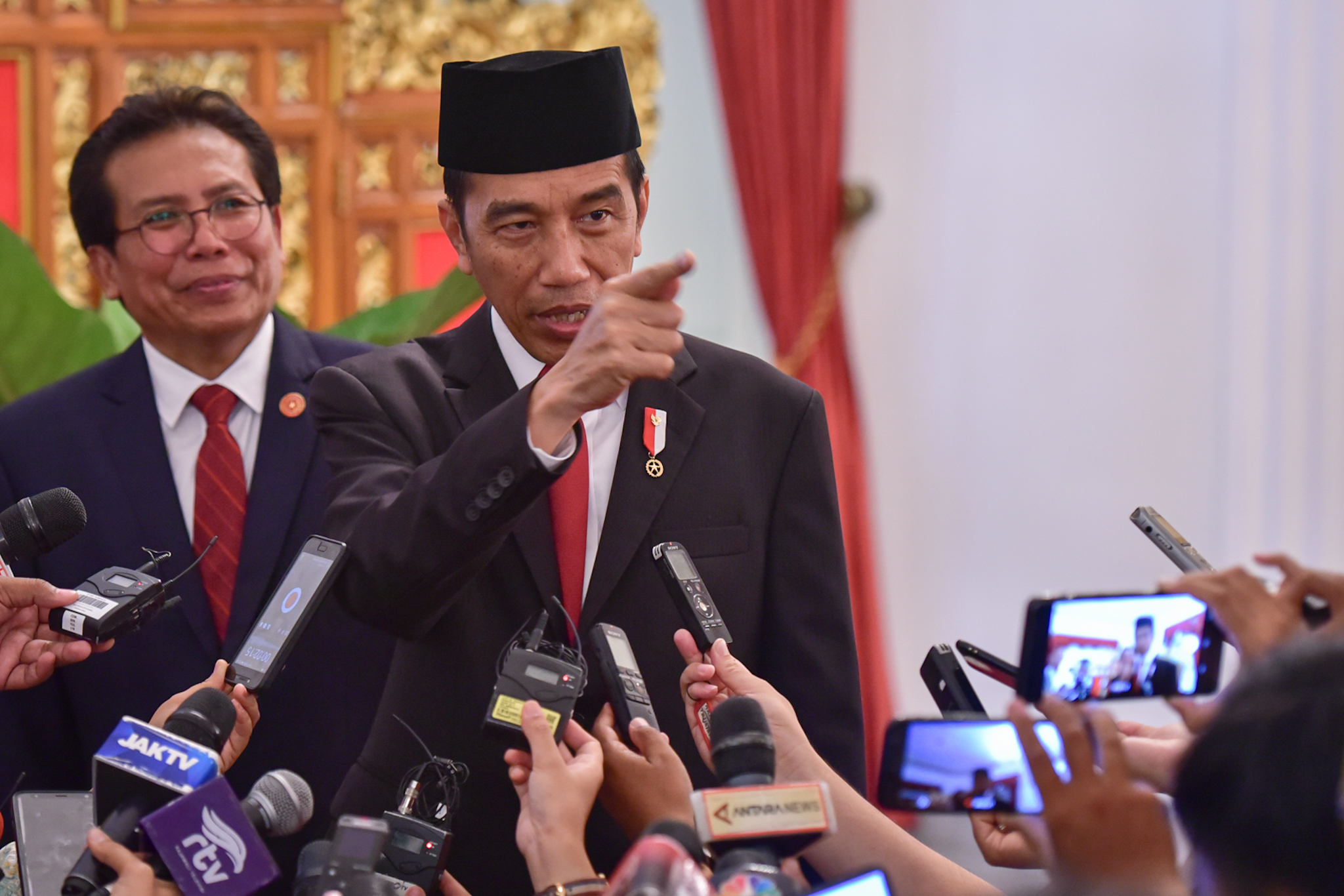 The new chairperson and members of the Corruption Eradication Commission (KPK) Supervisory Council for the 2019-2023 period are capable people, President Joko “Jokowi” Widodo has said.

“They are good and capable people with integrity and capacity in matters related to the field,” President Jokowi told reporters after the inauguration of the KPK Leaders and Supervisory Council at the State Palace, Jakarta Friday (20/12).

According to the President, members of the council were deliberately chosen from different background. “So that it can provide control and supervision of KPK leaders,” he added.

Regarding the election of Tumpak Hatorangan Panggabean as Chairperson of the council, President Jokowi said that he has background and experiences related to the KPK.

The President expressed hope that anti-graft campaign in Indonesia can be done systemically in order to bring positive impacts for the economy. “I believe leaders and commissioners of the KPK can lead the organization to a better direction. Insyaallah (God willing),” President Jokowi added. (TGH/AGG/ES)